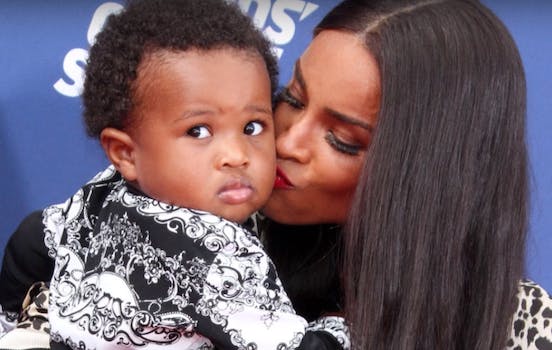 Ciara is suing Future for $15 million for inflammatory tweets

It wasn’t long ago that rapper Future was immortalizing his romance with R&B pillar Ciara through achingly beautiful songs. But 2014’s “I Won” is but a foggy footnote, as the ex is now suing him for $15 million on the grounds of slander and libel.

“She probably set him [Russell] up. You letting them catch that photo. Leave my son out of all the publicity stunts,” he said during a radio interview, following a public photo of Wilson pushing his son in a stroller last summer.

In a flurry of jolting, seemingly unprompted tweets, Future added last month: “This bitch got control problems… I gotta go through lawyers to see baby future… the f***ery for 15k a month.”

In the lawsuit obtained by TMZ, Ciara clarifies that, in fact, she makes it a point to have Future and his son see each other. According to TMZ, Ciara maintains Future and baby Future have had 19-plus visitations since December 2014.

For her part, Ciara wants Future blocked from tweeting any private business specifically pertaining to their child. She also wants the outstanding tweets deleted.

But as the Verge notes, Twitter libel lawsuits are an uphill battle. To win it, Ciara will have to prove that Future’s tweets and interview statements were both malicious and knowingly false.

TMZ shared exclusive footage of Future being served papers this morning at the Los Angeles airport.