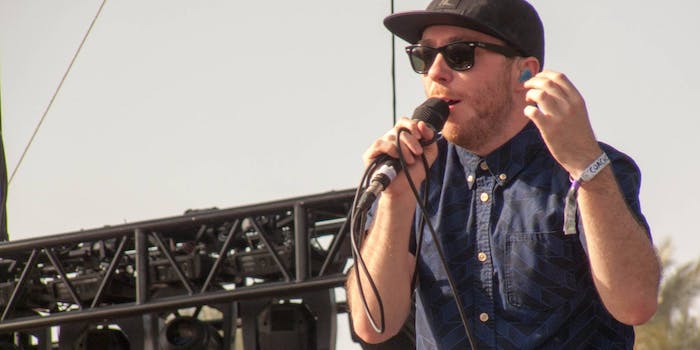 They did their part.

It seems like everyone is doing their part to remember Harambe, the gorilla fatally shot at the Cincinnati Zoo more than three months ago who became a Weird Twitter meme. (Even Jill Stein remembered him.) But now his many tributes have gone next level with a concert shout out.

The Scottish band Chvrches, styled in all caps as CHVRCHES, performed at the Reading Festival over the weekend. Band member Martin Doherty dedicated “Under the Tide,” a song from the 2013 album The Bones of What You Believe, to the beloved silverback gorilla.

“RIP Harambe!” Doherty said before launching into the song. We don’t see how the other band members reacted to the shout out, but at least we know that they won’t be forgetting Harambe any time soon.

If this keeps up, we just might see Harambe memorialized during someone’s acceptance speech.