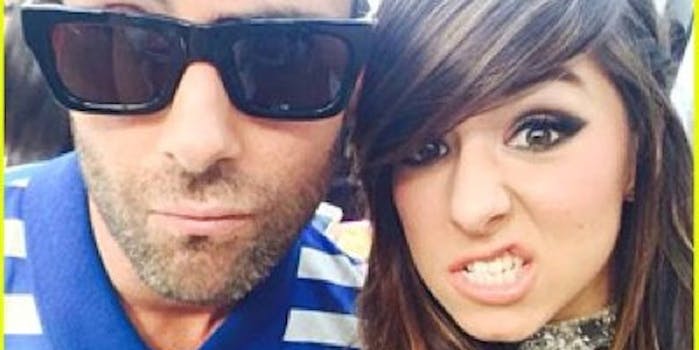 An outpouring of support.

Former The Voice contestant Christina Grimmie’s management team started a GoFundMe page Saturday with a simple goal—to help cover the cost of her funeral—but the outpouring of support its received from fans has exceeded its wildest expectations.

The fund was started after the singer’s tragic shooting death at a postshow meet-and-greet Friday. The $4,000 GoFundMe goal was intended to “assist her family in their time of need.”

“As family, Mother, Father, and Brother made the ultimate family sacrifice to support Christina on her musical journey,” manager Brian Teefey wrote on the landing page. “They did nothing but love her and support her as family the best they knew how, the only worry I want them to have at this point is that of recovery.”

Fans more than met the modest goal; in fact, they surpassed it nearly 50 times over. As of Monday afternoon, the total amount of money raised for Grimmie’s family is more than $174,000.

Grimmie’s brother Marcus posted a thank you to his Facebook page Monday.

“Words cannot express,” Grimmie wrote. “Literally I have no words.”

He also revealed that Grimmie’s former coach on The Voice, Maroon 5 frontman Adam Levine, offered to cover the funeral in full, as well.

Levine had tweeted his sadness after learning of Grimmie’s death Saturday:

Behati and I are absolutely devastated and heartbroken by Christina Grimmie’s death. Our hearts go out to her family pic.twitter.com/y4OMkm0uXu

At the time of publication, more than 4,900 people had donated to Grimmie’s family.