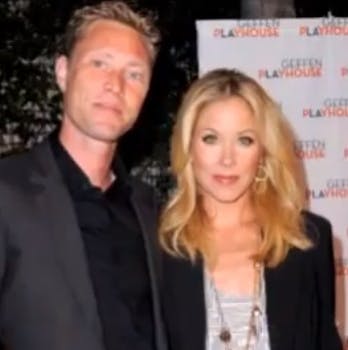 The LAPD is looking into the anonymous Twitter user who accused Martyn LeNoble of "stealing" Applegate away and threatened to "blow your head off."

Police are looking into death threats sent via Twitter to the fiancé of actress Christina Applegate, including messages like “I’ll “blow your f**king head off!!!”

TMZ reports that the Los Angeles Police Department is trying to discover the identity of the person who sent messages such as, “You stole [Christina] away from me. If not for you she would be mine” to Martyn LeNoble last month.

The musician was not familiar with the person who was sending the troubling tweets, and police are hoping to discover the identity of said tweeter, whose account has been deleted.

Twitter was served with a search warrant as the LAPD attempted to get to the bottom of the case and find out who was behind tweets such as “I’m going to bust your head in for taking her away from me!!! Be afraid, be very afraid!!”

Being in the public eye, or at least romantically involved with someone like Anchorman and Up All Night star Applegate, can bring unwanted attention from crazed fans. Through Twitter, such threats are made public for all to see.