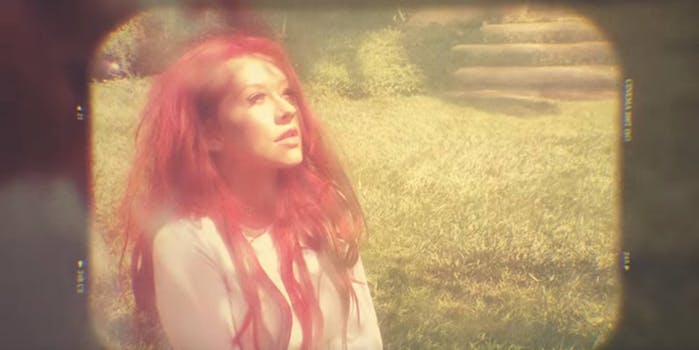 Go ahead and grab your Kleenex box.

Christina Aguilera released a new song called “Change” on Thursday dedicated to the victims of the Orlando shooting.

The song is available for purchase on iTunes, and all proceeds will be donated to the National Compassion Fund benefiting the victims and families of the tragedy.

“Change” features Xtina’s iconic, belting choruses and powerful lyrics that pay tribute to the 49 who were gunned down by American Orlando Mateen in gay nightclub Pulse on Sunday.

Aguilera posted the new song to her website, along with a personal message:

The horrific tragedy that occurred in Orlando continues to weigh heavily on my mind. I am sending so much love and so many prayers to the victims and their families. Like so many, I want to help be part of the change this world needs to make it a beautiful inclusive place where humanity can love each other freely and passionately.

We live in a time of diversity, in a time of endless possibilities, in a time where expression of oneself is something to be celebrated.  And I am left wondering how people filled with so much love could be taken by so much hate.

Though there is such heavy sadness I believe that there is much more love in the world than we know.  We need to learn to love again, we need to learn that one person does make a difference; we need to keep love in our hearts. As Nelson Mandela once said, “No one is born hating another person because of the color of his skin, or his background, or his religion. People must learn to hate, and if they can learn to hate, they can be taught to love, for love comes more naturally to the human heart than its opposite.”

We all have the choice to spread love, encourage individuality and make a difference to others – we are all in this together, as one, united in love.
Sending all my love, thoughts and prayers,

The song was co-written by Fancy Hagood, also known as Who Is Fancy, and produced by Flo Reutter.