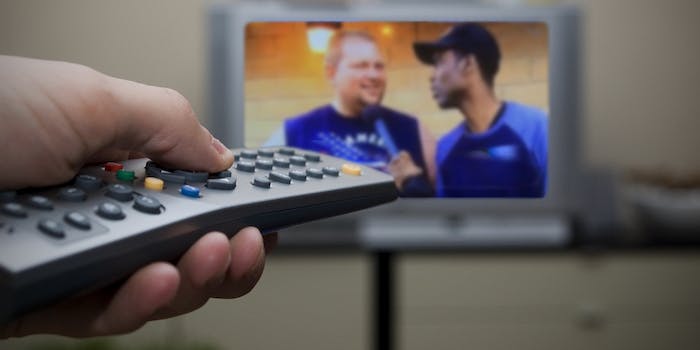 What does N.W.A. stand for?

The highlight of last night’s BET Awards might have been Nicki Minaj’s speech about authenticity and the dangers of TMZ, but host Chris Rock also provided a few enlightening moments. In one segment, he traveled to a monster truck rally to ask people about the BET Awards, and it went about as well as you’d imagine.

One woman actually knows what BET stands for. Rock asks her a followup: What does N.W.A. stand for?

At this rally, Rick Ross is also Mr. T, and Eminem and Macklemore should win at this year’s awards. If you can make to the end without throwing your computer across the room, the guy who gets the Drake lyric right might be the best part.

Screengrab via BET, Photo by flash.pro/Flickr (CC By 2.0) | Remix by fern