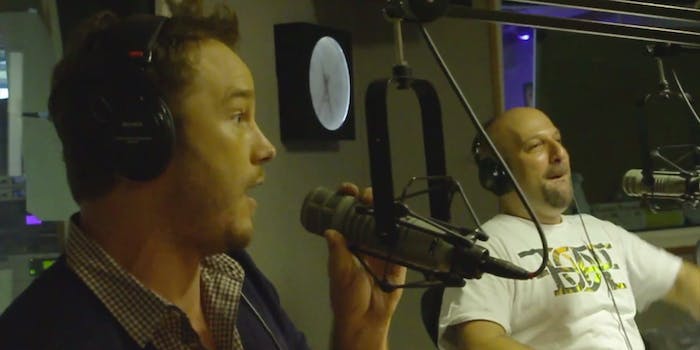 What can't this guy do?

What can’t Chris Pratt do at this point?

He can French braid hair, is an expressive mimer, and managed to charm an audience after talking about that time he flashed Amy Poehler. Now, evidently, he can also rap.

The reveal of his spitting skills came out during an interview with DJ Whoo Kid on The Whoolywood Shuffle, where he revealed that he listened to Eminem and Dr. Dre on repeat while smoking weed in the back of a van in Maui in the early 2000s. DJ Whoo Kid was doubtful, so he made Pratt prove it—and we’re all the better for it.

He also manages to diss Orlando Bloom and say little to nothing about Jurassic World, but once again we can’t stop watching.

Update: Here it is with the music, courtesy of redditor TreyTech: