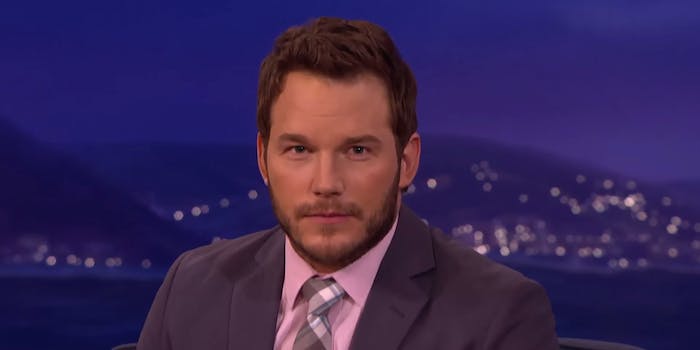 'Fear' is so different from 'love'.

Now that we’ve had time to practice our first acting lesson from Chris Pratt, it’s about time we got another one.

This time around, Pratt is teaching Conan O’Brien how to ham it up for the camera whenever it’s time for a close-up. The key is to be as inexpressive as possible, because any overacting might end up being even scarier than the dinosaurs on a 30-foot movie screen.

Pratt showed off his three faces—fear, love, and pure joy—while O’Brien was…a lot less successful. There’s a reason one of them is an actor and the other is a wacky talk-show host.