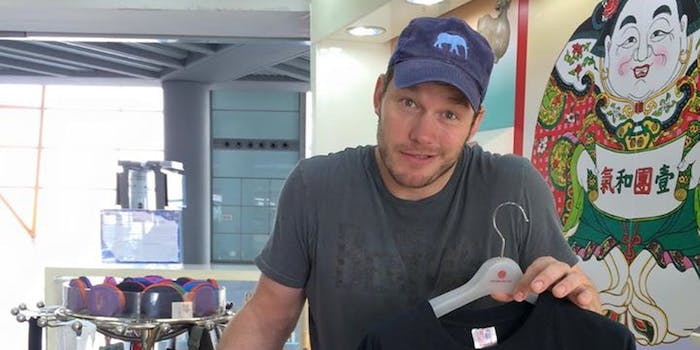 We already know that sometimes souvenir items don’t always translate well, but Chris Pratt is just going with it.

He just got back from promoting Jurassic World in China, and at some point during the trip he discovered a peculiar shirt for sale in a tourist shop. It’s echoing the “I Love NY” shirts—but with Beijing instead. Naturally the abbreviation appeals to the middle schoolers in all of us.

Well, he does have a soft spot for Beijing—and he’s taking a prime opportunity to make a joke we’re all thinking. What’s wrong with that?