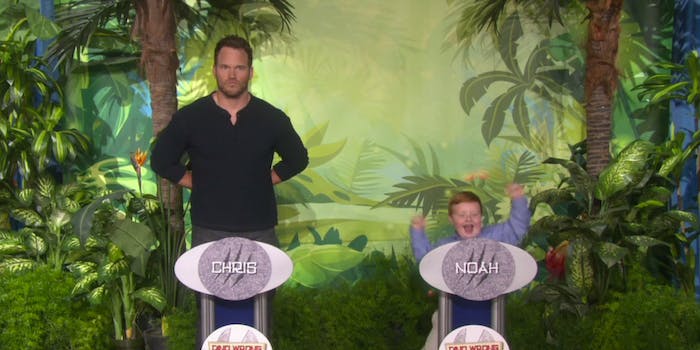 Evidently, there can only be one king of dinosaur trivia.

The Jurassic World star went head-to-head in a battle of jurassic wits against future paleontologist and Internet meme Noah Ritter (a.k.a. Apparently Kid) on Ellen Thursday. With bragging rights at stake, the two really got into it as they answered questions about dinosaur brains, time periods, and which species was bigger.

This isn’t your ordinary game of trivia. Ritter knows his stuff, and he’ll take every moment he’s not correctly answering questions to rub it in Pratt’s face. It doesn’t matter that Pratt is currently one of the most bankable stars in Hollywood. He’s bad at this game, and Ritter won’t let him forget it.

Can Pratt call his raptor squad as a lifeline?