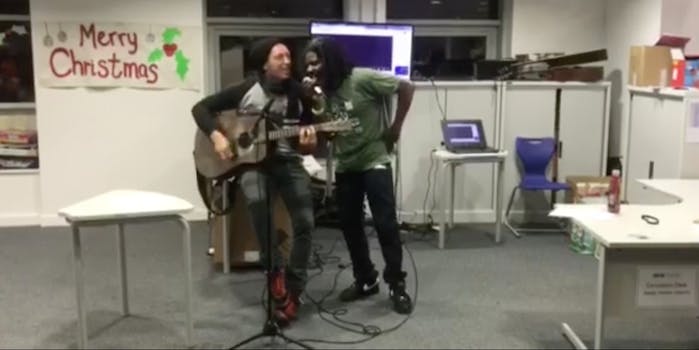 This is a fitting tribute.

In the wake of George Michael’s death on Christmas Day, people have come forward with stories of how generous the iconic singer was. He donated millions to charity and often volunteered at homeless shelters under the condition that people kept it to themselves, and another musician is taking his cue over the holidays.

Coldplay frontman Chris Martin stopped by Crisis, a homeless shelter in London, to entertain the guests, and at one point he joined Kevin—Crisis’ “own King of Karaoke”—to perform a poignant rendition of “Last Christmas.” Martin mostly leaves the vocals to Kevin as he plays his guitar, but their harmonies hit a nerve.