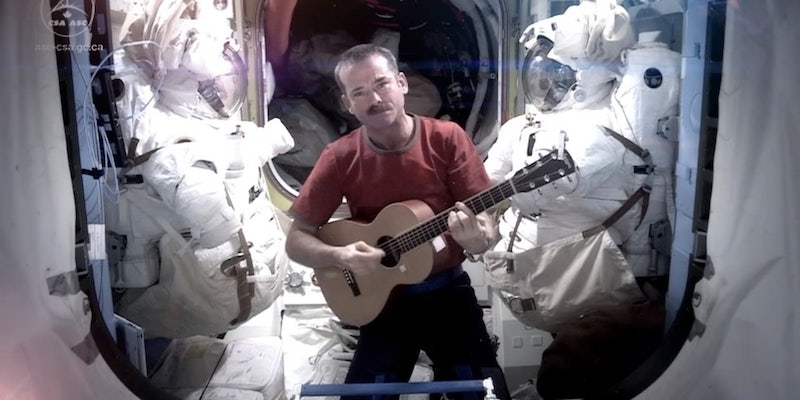 David Bowie has been upstaged—hundreds of miles away.

David Bowie has been upstaged—hundreds of miles away.

Astronaut Chris Hadfield, who traveled to the International Space Station in December, has spent his time in orbit as an Internet celebrity. From tweeting at William Shatner to hosting Reddit AMA sessions from outer space, Hadfield won the hearts of many online communities.

Hadfield is set to return to Earth tomorrow. As a result, he decided to take advantage of zero gravity one last time and properly close his experience aboard the ISS.

In a video posted to YouTube on May 12 and linked to Reddit by Hadfield himself, the astronaut performs a cover of David Bowie’s “Space Oddity.” The video features a guitar-strumming Hadfield floating throughout the station and occasionally looking at the Earth through its windows. It’s simply stunning. So far, it’s received more than 1 million views.

Elton John, be warned: “Rocket Man” might be next.