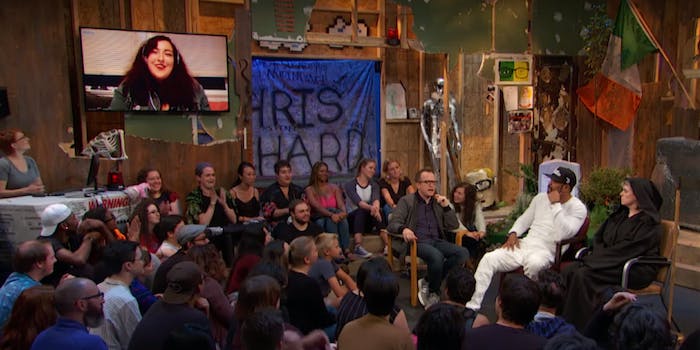 ‘The Chris Gethard Show’ will livestream on Reddit, and John Oliver’s stopping by

Get ready for even more chaos.

Thursday night’s episode of the chaotic, live variety series, hosted by Gethard, will stream on its Reddit page, where fans can submit questions and chat with other fans. TCGS made a jump to truTV this year, after incubating in various forms in New York City and online since 2009, and picking up a devoted fanbase.

TruTV’s Puja Vohra told Mashable that the partnership works because “The Chris Gethard Show is a wild, wonderful community of inclusive eccentrics, which is also a pretty spot-on description of many of the folks on Reddit.” According to a press release, “this marks the first media partnership to enable live streaming video and live commenting on a Reddit profile page.”