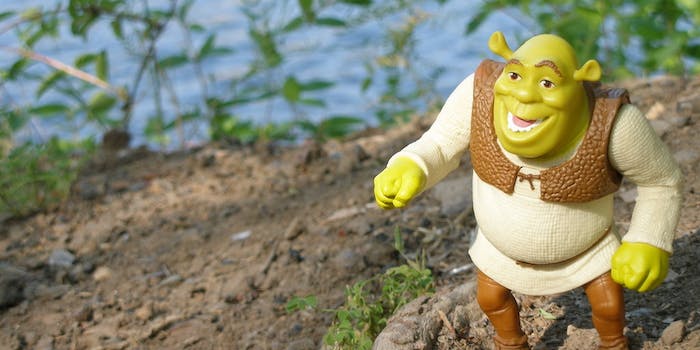 Fans saw just how different a movie Shrek might’ve been after audio from one of Chris Farley’s recordings surfaced online.

It’s hard to imagine the film (and its many sequels) without Mike Myers behind the lovable ogre, but he wasn’t the original choice to play Shrek. Chris Farley was, and it’s said that he recorded approximately 80-90 percent of his dialogue before he died of a drug overdose in 1997; Farley’s brother Kevin puts that number at 99 percent in a recent interview. Instead of hiring someone to finish Farley’s recordings, DreamWorks replaced him with Myers, who’s now voiced the character in four different films.

Although the footage, courtesy of producer John Garbett, has been online for some time, the Internet discovered it after it appeared on Reddit with a YouTube upload.

The scene, which we’ve seen take place in the film in a slightly different form, shows one of the many conversations between Shrek and Donkey. While the quintessential annoyance is still there, we see hints of that different Shrek, one more angry and vulnerable, and full of heart—just like Farley.