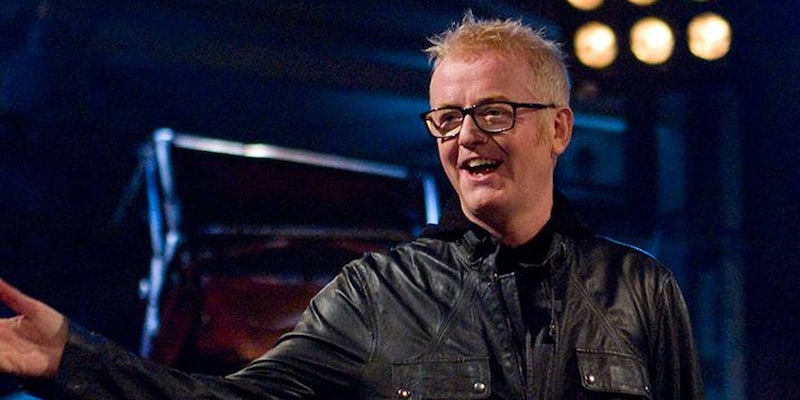 The insanely popular motoring show Top Gear abruptly ended after a “fracas” between host Jeremy Clarkson and producer Oisin Tymon. The BBC fired Clarkson, and massive online petitions proved meaningless in the eyes of executives. But now fans have confirmation on who will be taking the helm as the new host of Top Gear.

Big news! Chris Evans will front an all new line-up for the next series of #TopGear. Details: http://t.co/YjZzvnFY9Z pic.twitter.com/YcV5QSLQDY

Yes, it’s Chris Evans. No, not the one who plays Captain America, but rather the BBC radio host and overall car fanatic. He’s signed a new three-year deal with the BBC.

First tweet as new Top Gear host. I would like to say Jeremy, Richard & James are the greatest. And NO I'm not leaving the R2 Breakfast Show

And as great a host as Evans is, it still leaves a sour taste for fans of one of the longest-running television shows. But there is a bit of good news for Clarkson supporters: The final two episodes of this season’s Top Gear will air after all, and Clarkson has gone into the studio to record the voiceover work.

The good news is that Evans is a huge car nut. He’s been on Top Gear a few times and has been around the track as a Star in a Reasonably Priced Car—and his times were none too shabby either. Oh, also, he threw down £2.27 on a classic Ferrari.

But what about the former Top Gear hosts? James May and Richard Hammond didn’t re-up their contracts with the BBC in solidarity with Clarkson. And it looks like the duo may be joining Clarkson for a new show on Netflix.

Interestingly, the video game Forza 6 will still feature Top Gear and (most of) its former hosts. Forza 6 will still have the Top Gear test track as well as giving players the ability to race against the Stig. May and Hammond will contribute voiceover work, but Clarkson will be notably absent.

Fan reaction to the announcement has been mixed to say the least. While some are willing to give Evans a shot, many are still upset about Clarkson having been sacked.

Chris Evans wanting to be cool again with the TFI comeback. He knew at the time he'd signed to the Top Gear Cuntfest. Ginger fucking fraud!

And on that bombshell…