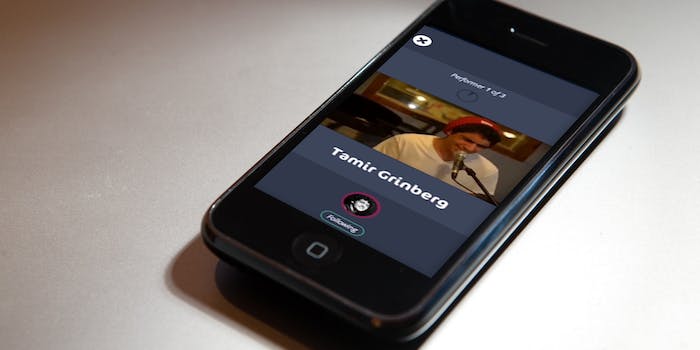 Are you the next Simon Cowell? This app brings ‘Idol’ dreams to the masses

The musical reality show experience shrinks in size and grows in scale.

If you have what it takes to be the next music superstar—or you think you know who does—the new Chosen app might be for you.

Created by former Beats Music CEO David Hyman, Chosen is a new app that takes the world of reality singing competition to the masses. For performers, the app has tools that allow users to upload original songs or karaoke numbers, all with video and audio editing tools built in. On the flip side, opinionated fans can take a seat in the judge’s chair, ranking and rating the performers. Both types of users can move up leaderboards and gain status through the app.

“We wanted to free the genre from the constraints of linear-based TV,” Hyman told Billboard. “Watching performers compete didn’t start with [American] Idol. People have been doing this since the dawn of mankind, so how can we do something native for the mobile environment that’s much more meaningful?”

Performers upload a 15-second clip to be judged, and the judges can earn points in different types of categories, from critiquing the work of other judges to picking the best talent out of small groups of performers. While the app will remain free for the first year, there are in-game incentives to “pay” for more eyeballs on your videos. While all this happens in the virtual world, the prize for a performer with the best ranking is decidedly real-world: a slot to perform at Bonnaroo, with the highest ranked judge taken on his or her own trip to the festival.

For now the app is only in a limited release and requires users to sign up on Chosen’s website.