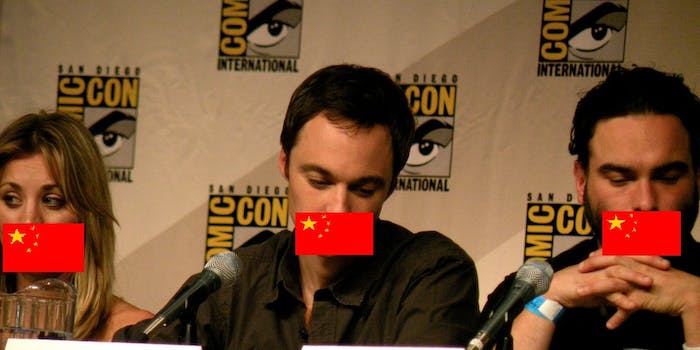 If you are a Chinese resident hoping to catch the latest episode of The Big Bang Theory, you are pretty much out of luck.

According to Hitfix, the Chinese government is cracking down on the broadcasting of several American television programs by popular Chinese streaming sites. One such site, Youku, was ordered to halt the streaming of not only The Big Bang Theory, but also The Good Wife, NCIS, and even the long-cancelled courtroom drama The Practice. Of the programs, only The Good Wife was carried by Youku.

The State Administration of Press, Publication, Radio, Film and Television did not publicly comment on why it ordered the programs be taken down. The violation of acceptable content and copyright law could possibly be behind the removal; it is normal for the government to censor programming for this very reason.

But Hitfix goes on to say that another issue could be the fact that streaming sites exercise a greater degree of programming freedom than the national broadcaster. Naturally, The State Administration of Press, Publication, Radio, Film and Television operates under standards and practices set into motion by the government.

Whatever the reason, the very specific censorship has resulted in a degree of public outcry. According to the Huffington Post, a movement to “Give me back Sheldon” appeared on Chinese social media websites.

No other programs were named in the ban.