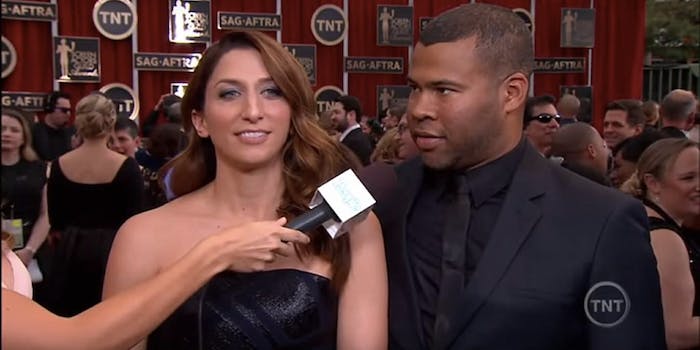 The best Chelsea Peretti and Jordan Peele videos, in honor of their engagement

After the summer of breakups, finally some good news!

Rejoice! After a terrible summer of breakups, we now have proof that love is real for yesterday, comedy power couple Jordan Peele and Chelsea Peretti announced they are engaged!

It’s perfect that they announced their engagement on Twitter, considering the couple actually met on the Internet. Last year Peretti told Entertainment Weekly, “Me and Jordan also met on the Internet, on Twitter. He was very complimentary of the Web series I once did. We were gonna go to Sizzler on our first [date].” How cute!

In honor of the couple’s engagement, I humbly present to you the best of Peele and Peretti’s comedy:

1) Chelsea Peretti: One of the Greats

If you haven’t checked out Peretti’s standup special on Netflix, go do it right now. Just do it. Thank me later.

This is Jordan Peele at his silliest. He completely embodies this ridiculous character. I never thought a joke about a grape—“aren’t you a tiny plum?”—would put me in stitches.

Peretti and Peele, united together in one of Key and Peele’s wackiest sketches, where Peele shows off his physical comedy chops and Peretti, sporting blond hair, repeats “Dicknanigans.”

Bonus: Watch Peele be an adorably supportive boyfriend when Peretti gets interviewed at the SAG Awards