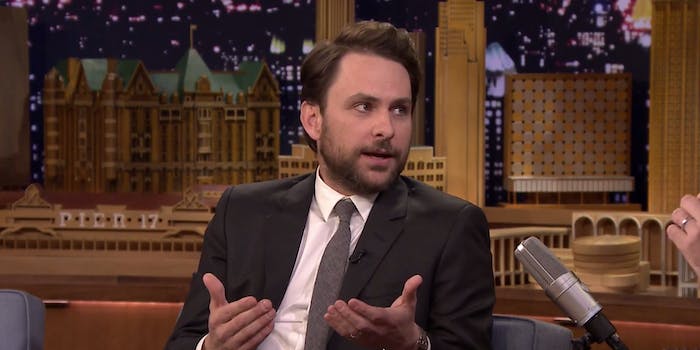 We feel sorry for Boggs's liver.

Rumor has it that baseball Hall-of-Famer Wade Boggs once drank 70 beers during a cross-country flight. But according to Charlie Day, star of It’s Always Sunny In Philadelphia, that number is higher than anyone even imagined.

On the Tonight Show, Day told host Jimmy Fallon all about the season premier of It’s Always Sunny, which is entering its 10th season, where the gang tries to break Boggs’s impressive/worrisome beer-guzzling record.

Day managed to get Boggs on the show to play himself, as Day’s character is hallucinating after 30-something beers. According to Day, Boggs told him that the record wasn’t 50, or 60, or even 70—it was actually 107. That’s right, 107 beers.

“He’s got a hotdog-eating stomach, but for beer,” Day explained.

After discussing that liver-quivering tidbit, Day and Fallon played a rousing game of “5-Second Summaries” in which the pair had to guess the movie based on just five words. (Twitter game, anyone?) They proved this one is harder than it sounds.