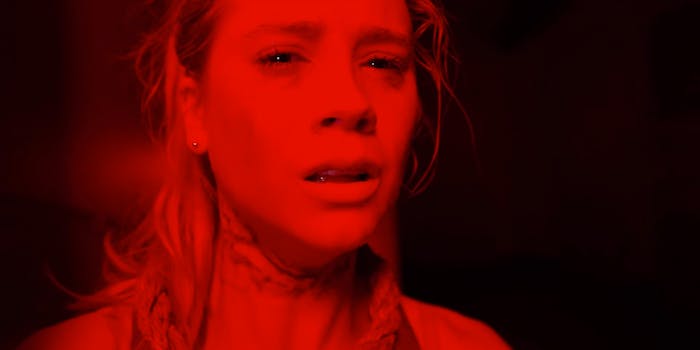 The #CharlieCharlieChallenge was a dumb viral marketing stunt

Everything is usually too good to be true—even a teen trend attempting to summon an actual demon.

The #CharlieCharlieChallenge took over the Internet last week, and while variations have existed since 2008, the newest version required kids to stack a couple of pencils on top of each other like a cross next to quadrants that said yes and no. Once situated, they asked, “Charlie, Charlie, are you here?” The results were mostly on the freaky side—until it was memified.

Over the weekend, Oh No They Didn’t! discovered another #CharlieCharlieChallenge video that revealed it was nothing more than a viral marketing stunt for horror film The Gallows.

The film follows a bunch of students trying to recreate an old high school play that resulted in the death of its lead actor, who is named Charlie, and it got people talking much in the way that the telekinetic coffee shop prank did for the Carrie remake.

Obviously it worked, but is it enough to get people to see the movie? You could even argue that in making it their own, teens have taken it over for their own, marketing stunt be damned.