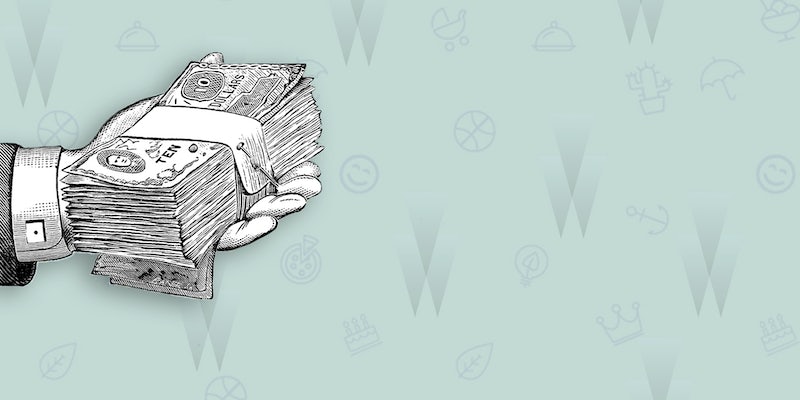 Someone is prepared to pay $13,000 for an unpaid internship in Hollywood

Being a Hollywood intern is already one of the most soul-sucking jobs around: Internships are near impossible to come by unless you know someone who can get your foot in the door, the roles are almost always unpaid, your fingers are permanently bleeding from fastening so many scripts together with metal brads, and all for what? Hopes that someone other than the IT guy might talk to you about anything remotely involving film or television?

Luckily for the next generation of Ari Gold hopefuls, the Weinstein Company (TWC) is here to help cut through all that clutter. Not by offering paid internships of course, but rather, by offering college kids the once-in-a-lifetime chance to pay thousands of dollars for the possibility of winning an unpaid internship with TWC.

TWC, in partnership with charity auction site Charitybuzz, is offering a three-month internship at either its New York or Los Angeles office to one lucky college student whose parents are dumb enough to believe that this is necessary. While the lucky winner can choose what department to work in (sorry, business affairs, really don’t think you’re nabbing this one), they do have the option to receive the next best and most useful thing to possess after money, a job, or a chronic illness: college credit. To be crystal clear: You, naïve movie-loving Hollywood hopeful, are being offered the once-in-a-lifetime chance to spend thousands of dollars for an unpaid job. If that doesn’t already make your skin crawl a bit, this will: The highest bid is currently set at $13,000.

Unpaid internships, especially in Hollywood, are a hot-button issue now more than ever; a judge ruled last summer that it was illegal for 20th Century Fox to use unpaid interns on the set of Black Swan. One can argue that by adding the Charitybuzz component to the Hunger Games-esque hunt for non-gainful employment (proceeds from this auction go toward the American Repertory Theater), it’s just a chance for deep-pocketed philanthropists to do good while securing a fun reward, but as one bidder on the TWC auction, who prefers to remain anonymous, shared with us, she didn’t even know what charity the proceeds were going toward.

“The internship opportunity is for my son who is in film school. They are very hard to come by, and the opportunity to work with a major entertainment industry player, I think, is worth its weight in gold, no matter what the price,” she said. “I’m going to continue bidding, no matter what. To have exposure to that major player [Harvey Weinstein] in the industry is certainly a valuable asset for a college student.”

Charitybuzz and TWC have set the estimated value of the internship at a little bit less than the cost of its weight in gold, just a mere $50,000. Judging by the fact that a current TWC assistant shared with me that a starting assistant salary at TWC—the wholly unguaranteed job next in line after an internship—is a paltry $31,000, the estimated value of that internship looks a little off, but hey, when it comes to wasting tens of thousands of dollars, to each their own.

No one is arguing that getting your foot in the door in entertainment is easy to do, but as a veteran of the Hollywood unpaid internship rodeo, I can assure you that paying thousands of dollars to get in the door is not going to earn you the type of respect you need to move ahead. If you remain undeterred and have at least $14,000 in disposable cash, you have about 20 hours left to make a bid.