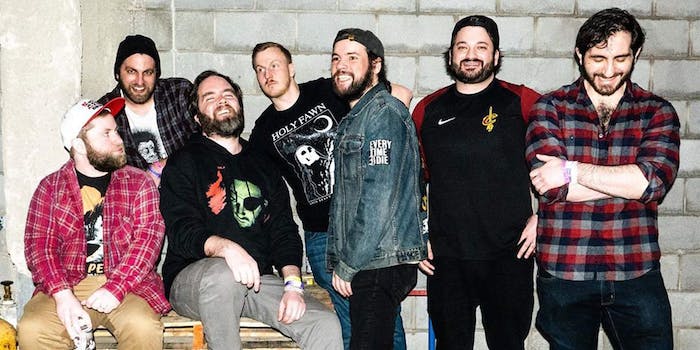 Leading Bernie Bro: I’ll vote for no one else but Sanders

The hosts of the podcast Chapo Trap House are no strangers to sparking controversy online, given their anti-establishment tone and stridently left-wing takes.

But a post by host Will Menaker last night is drawing ire, where he pledged to refuse to vote for anyone but Sen. Bernie Sanders (I-Vt.) in the 2020 election, should Sanders lose the nomination.

“I won’t vote for anyone but Bernie in the general, can’t say what the hundreds of thousands of people who listen to my show will do, but I’m only speaking for myself. Just something to consider,” he wrote on Twitter.

The take is no different than that what the hosts of the show have long been saying. They are democratic socialists who support Sanders and don’t in any way feel beholden to the Democratic party. The hosts have taken issue with every other candidate, arguing most mainstream Democrats aren’t that profoundly different from President Donald Trump and thus are only interested in Sanders.

This runs counter to a sentiment in the Democratic party about unifying behind whatever candidate wins the nomination. That is being spurred in part by the belief that Sanders’ supporters cost Hillary Clinton the general election in 2016.

Sanders’ relationship (or lack thereof) with the Democratic establishment is impossible to ignore. After feeling that the deck was stacked against him in 2016, the mess out of Iowa is reigniting fears among his camp that the party will find a way to make sure anyone but Sanders wins the primary.

Chapo fans and democratic socialists, in general, believe there is a hypocrisy in the “vote blue no matter who” movement. The call is being issued in their direction to get them to support someone like Mayor Pete Buttigieg, but they believe there would not be a reciprocal effect should Sanders to win the nomination.

This take, they feel, is evidenced by what is coming out Iowa while the state still sorts itself out. Buttigieg holds a narrow lead with two-thirds of the state reporting, but Sanders fans still expect to win.

They feel that the party somehow robbed their candidate of much-needed momentum by releasing partial results which showed Buttigieg up.

Sanders currently leads in total votes, but because of the way the system works, Buttigieg may wind up with more total delegates.

Given all that, it’s easy to comprehend the frustration of being asked to hold up the people trying to hold you down. But if that weren’t enough, because this tweet was delivered by a white male, it helped revive the frequent Bernie Bro criticism of Sanders’ base.

“This is indefensible,” wrote one person, the refrain that was echoed across the medium.

chapo is fucking poison and you are rotting your brains https://t.co/mmqu8JC0Pf

Jesus, the sickening privilege of this stance https://t.co/LKqBU4B9bg

So basically you’re saying, “If I don’t get my way, I’m going to take my ball and go home. If I can’t have the America I envision, no one else should either. I don’t care about racism, Climate Change or kids in cages if I can’t have my way, forget democracy! Whaaaaaa!”

Is this a joke? I’ve been concerned about supporting Sanders because of rumors of this type of attitude, even though I agree with some of his policies (not all).

If this is a common feeling among Sanders supporters, I’ll be voting for someone else.

It’s just as culty as Trump.

This sentiment, delivered by Menaker, has also been used by leftists to justify the need to vote for Sanders. Because his voters may be obstinate, and the majority of Democrats are pushing to rally around the candidate, the way to garner the most support would be for everyone to support Sanders.

Menaker lives in New York, which is not considered a swing state.

If your top priority is beating Trump in November and you are concerned that the group of people with this opinion is large enough to make a difference, your only rational option is to vote for Bernie Sanders in the primary and urge others to do the same. https://t.co/ABeSONG5zE

Whether you buy that argument, well… you can probably guess which way people side on that. Chapo Traphouse and Menaker’s Twitters have more than 200,000 followers. According to Influence Watch, the podcast enjoyed between 120-150,000 downloads per episode last year.

The Iowa caucus results still haven’t been released yet, and it’s unclear when that will happen.