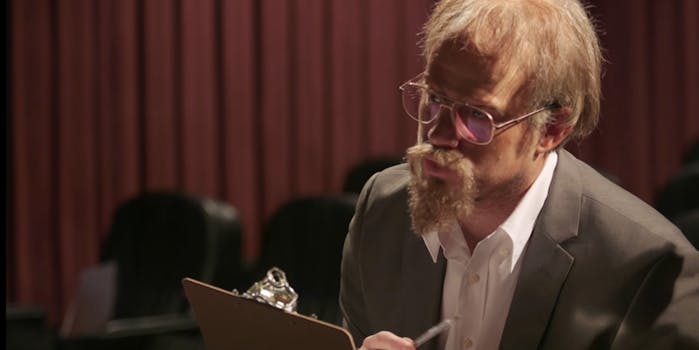 What would you do if Channing Tatum twerked on your lap?

Channing Tatum wanted some honest opinions on the Magic Mike franchise, and so he went undercover in full makeup as a nerdy marketing exec to get fans to open up, and give them a wild surprise.

While undercover, Tatum got fans to admit they fast forward to the dancing parts, don’t care about the plot, and would like to see some full-frontal 3D nudity. Tatum half delivered during what his undercover character promised to be a “3D screening” of the film. That third dimension was pelvic thrusts, as surprise exotic dancers popped up and gave the theater a show. Tatum, not wanting to be left out of the fun, gave a few gyrations himself before stripping his disguise and wowing the crowd.

The fan who got the unsuspecting Tatum lap dance put it best, claiming, “Well, Channing Tatum twerked on my lap, so in that sense I’ve reached pretty much peak life.”