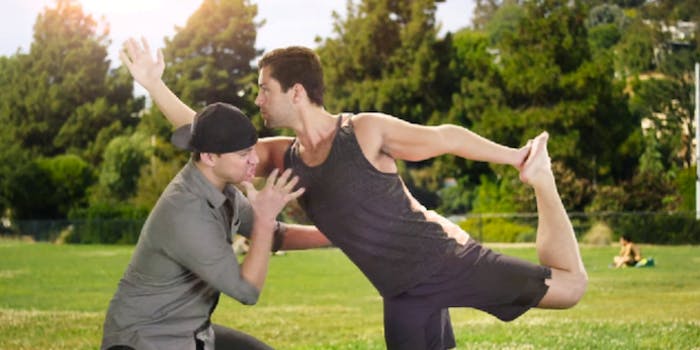 Let Channing Tatum introduce you to the ‘d**k graze’

Ladies, there's something for you, too.

Last month during Comic-Con, Channing Tatum showed off his somewhat questionable freestyle skills with Biz Markie. Now, the 22 Jump Street star has taken his skills to the next level: He’s addressed the “dick graze” craze.

In a clip promoting the release of 22 Jump Street on iTunes, Tatum offers an alternative to a handshake or hug when you greet another male friend. Yes, “dick graze” is literal here.

But ladies can get in on the craze, too. Jillian Bell, star of 22 Jump Street and Workaholics, encourages girlfriends to embrace the “tit graze.” Perhaps female friendships can bloom and be strengthened through this action.

There’s even a #DickGraze hashtag. Is this the new ice bucket challenge? (Please say no.)

However, Tatum isn’t the first person to discuss the dick graze. Eddie Murphy talked about the threat in his comedy special, Raw: “You don’t have to kick no nuts to hurt nobody. You could just graze nuts.”