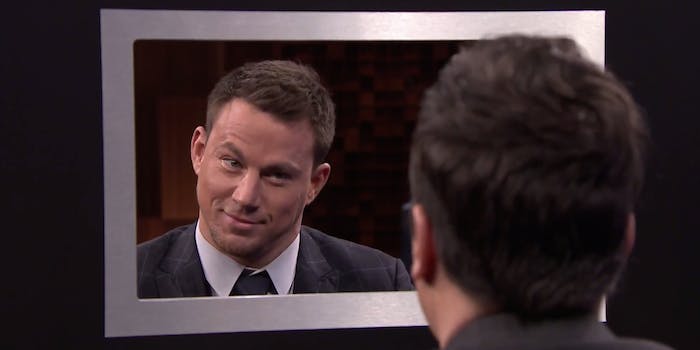 That's what in a box?

Jimmy Fallon and Channing Tatum are putting on their best poker faces to try to thwart the other in another game of “Box of Lies.” By now, the audience knows the general schtick of the variety game, and while Tatum might be a better liar than Jennifer Lawrence and Emma Stone, he still needs to resort to innuendos and some rare truth-telling to trip up his competition.

Instead of trying to lie their way through what’s in the box, can we just watch them try to push the envelope over what could be in it through suggestive puns and eyebrow raises?