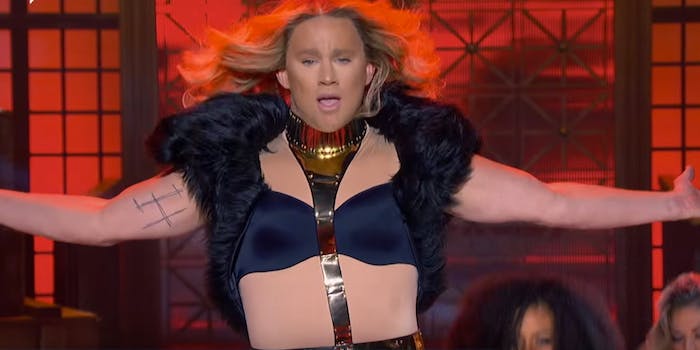 Only one person can raise the hype factor on a Beyoncé lip-sync performance.

On the latest episode of Lip Sync Battle, Channing Tatum faced off against his wife, actress Jenna Dewan-Tatum. The episode already had a Paula Abdul cameo, “Let It Go,” and a scene straight out of Magic Mike XXL, so Tatum had to top himself. He did so easily, appearing on stage atop a fake horse and donning one of the outfits that Beyoncé wore in the “Run the World (Girls)” music video. He even had the same hair.

The performance itself is great, but it becomes an instant classic when Beyoncé herself takes the stage. It’ll be incredibly difficult to top this.