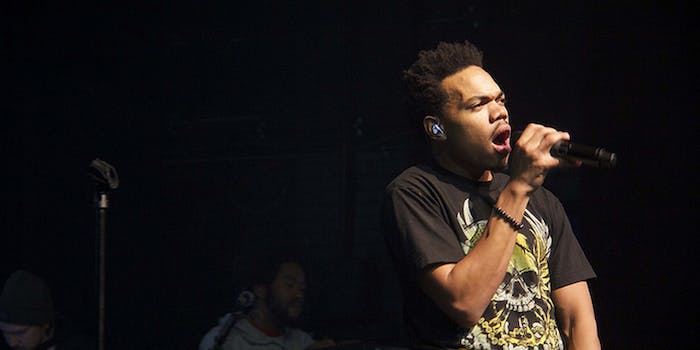 Chicago’s Chance the Rapper has made the theme song, written by Ziggy Marley, part of his live set, performing it at Sasquatch back in May. But this recorded version, entitled “Wonderful Everyday: Arthur,” takes the original to the next level. Wyclef Jean, Jessie Ware, and Elle Varner are featured on background vocals, and the song’s polished into a soulful, brassy R&B jam.

Here’s the original, for scale:

Chance the Rapper’s 2013 debut LP, Acid Rap, was a sleeper hit, but soul was its foundation, and his follow-up has been highly anticipated. This just proves ’90s nostalgia is still alive and well, and it sounds pretty good. What’s next, Chief Keef covering the Clarissa Explains It All theme song? (Fingers crossed.)