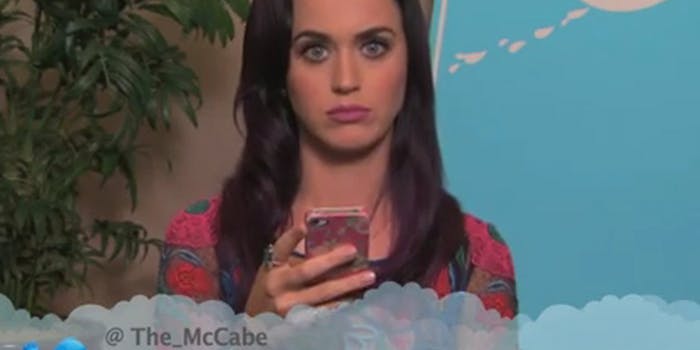 Famous people have feelings, too!

Not even all the money in the world can protect celebrities from the harsh vitriol being lobbed at them on Twitter. So since they can’t stop it, might as well join in.

After mocking YouTube’s attempt to get commenters to identify themselves by their real names (“It would be nice to have real names so we can round everyone who has ever written the phrase ‘amazeballs’ up and deport them to Scandinavia,” he mused), he wondered why people are so cruel to the stars.

Blaming Twitter’s “direct connection,” some people, he reasoned, are mean just because they can be. Celebrities are people too and have feelings! “What you don’t see… is that it can cause pain,” he said.

And that pain is somewhat real. We see Deschanel keep her cool after being called overrated (she said she’s “underrated”), Snooki is not amused that someone compared her vagina to a vast body of water, and Larry King disapproves of some guy’s plan to iron his skin out to make coats. Also: look for Kristen Stewart’s terrible acting appearance.

Danny McBride, however, doesn’t take being compared to baseball player Mike Piazza lightly. And who would?