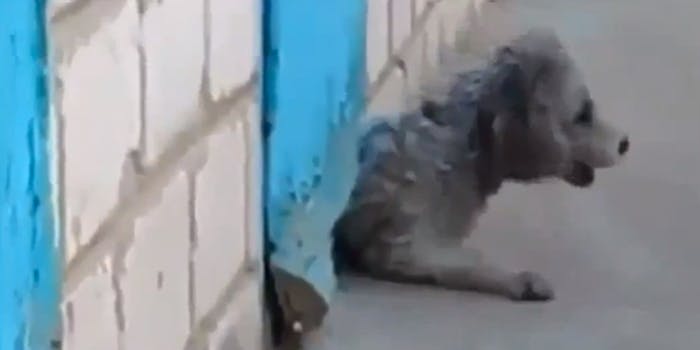 This hero cat saving a terrified dog is timeless

Who says cats and dogs can't get along?

Fighting like cats and dogs? Think again. This furry feline’s all about helping out his four-legged friend—even if the situation might kill him.

There’s no telling where this occurred or how the individual filming decided it’d be better not to step in and help, but what you’re seeing here’s pretty wild: a cat, sworn mortal enemy to all dogs since the day the two creatures came into existence, working like wild to free a grey pooch from captivity.

It’s like a deleted scene from Homeward Bound or something, an epic triumph of the animal spirit. We need to set this to Chariots of Fire music immediately. Anybody know how to do that? Bet this cat could figure it out.