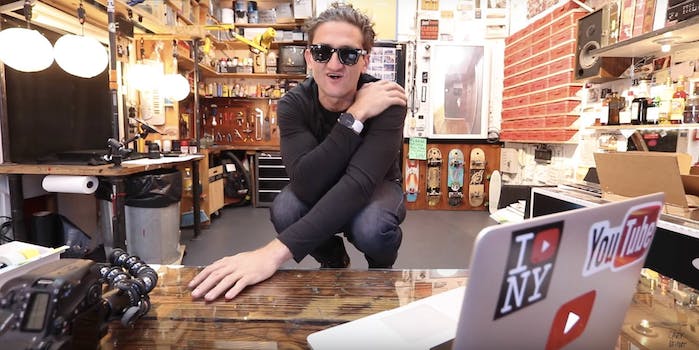 The move will bring CNN content to a much younger audience.

When YouTube lifestyle vlogger Casey Neistat announced his retirement from the platform a little over a week ago, his 6 million followers had no idea what to expect. Now, his next creative challenge is on the horizon, as news surfaced that he’s joined CNN to make a youth-centric media company.

Details of the deal are sparse, in part because it’s still in the planning stages: “We are in the process of spending hours and hours with whiteboards brainstorming and spitballing and trying to nail down the value proposition of what this new company will become,” CNN digital head Andrew Morse told Mashable. But Neistat’s video sharing app, Beme, will shut down in the next few weeks, and its 11-person team will fold into the new venture under CNN.

Whatever company emerges from the dust, expect it to tap into the young, millennial audience that Neistat had corralled with his vlogging. The new project has an anticipated launch date of summer 2017.

In the video announcing he was giving up the daily vlog, Neistat had said, his “success, combined with kind of a creative complacency, I think yielded something that I don’t like, something I’m not proud of.” Here’s hoping he’ll be proud of his new work at CNN.