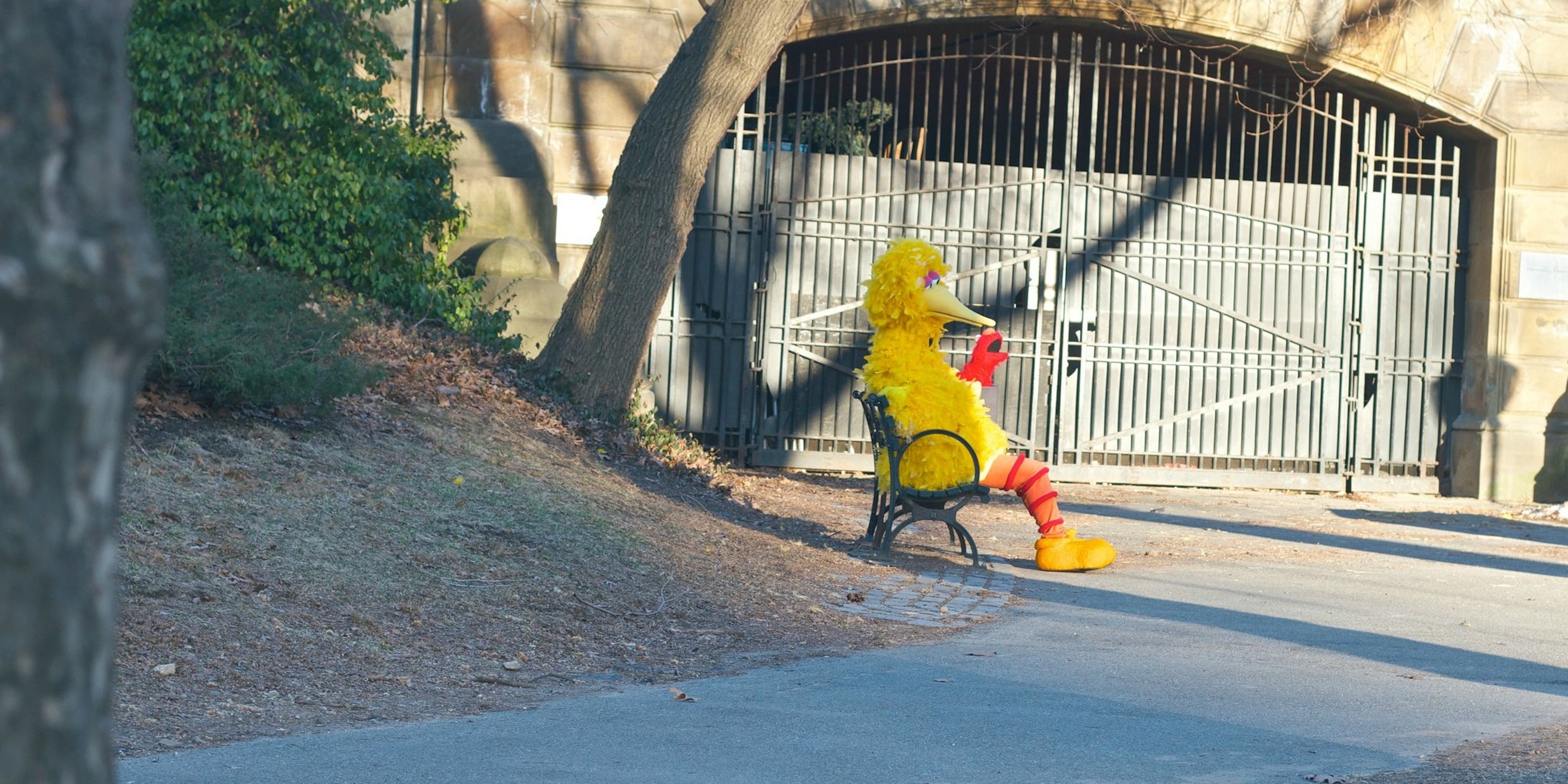 Reddit Ask Me Anything sessions (AMAs) can be somewhat of a mixed bag. Sometimes the celebrities invited to do a session spend the entire time focused on their latest project while crudely sidestepping the questions that matter most to the audience; other times they decide to give in to their fandoms and subsequently break the Internet.

Which is why when a personality gets on Reddit and talks about a beloved character from your childhood—a role they’ve played for 46 years—you need to tune in, if only for an awesome trip down memory lane.

Caroll Spinney, the puppeteer who brought to life Sesame Street’s Big Bird and Oscar the Grouch on television, did an AMA session on Thursday to talk about a documentary about his life, titled I Am Big Bird: The Caroll Spinney Story. 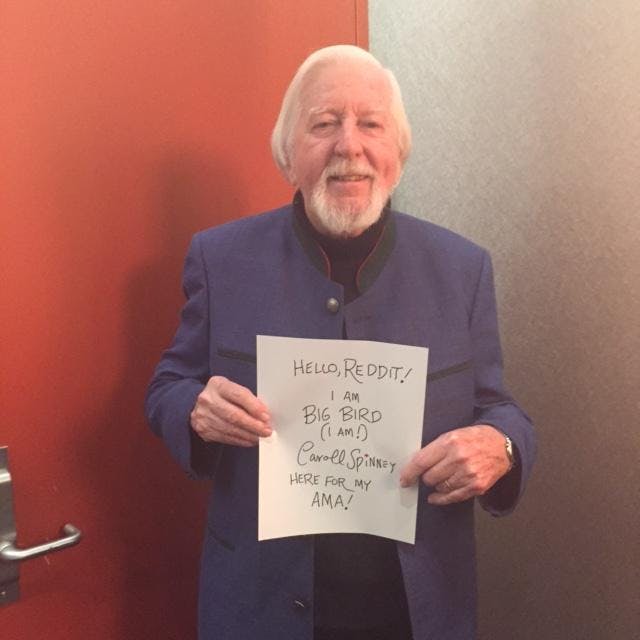 Naturally, the actor—whose voice can easily trigger fond memories of eating cereal for breakfast in front of the TV, happily learning the alphabet in singsong—spent most of the hour answering expected questions like, “How do you feel, knowing that you have touched so many lives through your work?” (Short answer: “It feels incredible.”) He also lent insight to Sesame Street-related queries that have been bugging fans for years.

But the winning inquiry of the day was courtesy of Reddit user man_mayo, who asked Spinney about his most meaningful interaction with a child during filming or off the air.

Here’s what Spinney had to say, which you should try reading with Big Bird’s voice in mind for full effect:

Okay, here’s one.
This is a very sad story, but it’s real.

I got a letter from a fan who said his little boy, who was 5 years old, his name was Joey, he was dying of cancer.

And he was so ill, the little boy knew he was dying.

So the man, in his letter, asked if I would call the little boy. He said the only thing that cheered him at all in his fading state was to see Big Bird on television.

So once in a while, he wouldn’t see Big Bird on some days, because he wasn’t necessarily in every show. So he asked could I telephone him, and talk to the boy, tell him what a good boy he’s been.

So I took a while to look up a phone, because this was before cell phones. And they got a long cord to bring a phone to the boy.

So he said “Is it really you, Big Bird?”

I chatted a while with him, about ten minutes, and he said “I’m glad you’re my friend Big Bird.”

He said “Thank you for calling me Big Bird. You’re my friend. You make me happy.”

And it turns out that his father and mother were sitting with him when the phone call came. And he was very, very ill that day. And they called the parents in, because they weren’t sure how long he’d last.

And so his father wrote to me right away, and said “Thank you, thank you” – he hadn’t seen him smile since October, and this was in March – and when the phone was hung up, he said “Big Bird called me! He’s my friend.”

And he closed his eyes. And he passed away.

And I could see that what I say to children can be very important.

And he said “We haven’t seen our little boy smile in MONTHS. He smiled, as he passed away. It was a gift to us. Thank you.”

The heart-wrenching response quickly became the thread’s most popular comment, with Redditors expressing gratitude to Spinney for sharing such a cherished memory. That, plus all the feels in the world. 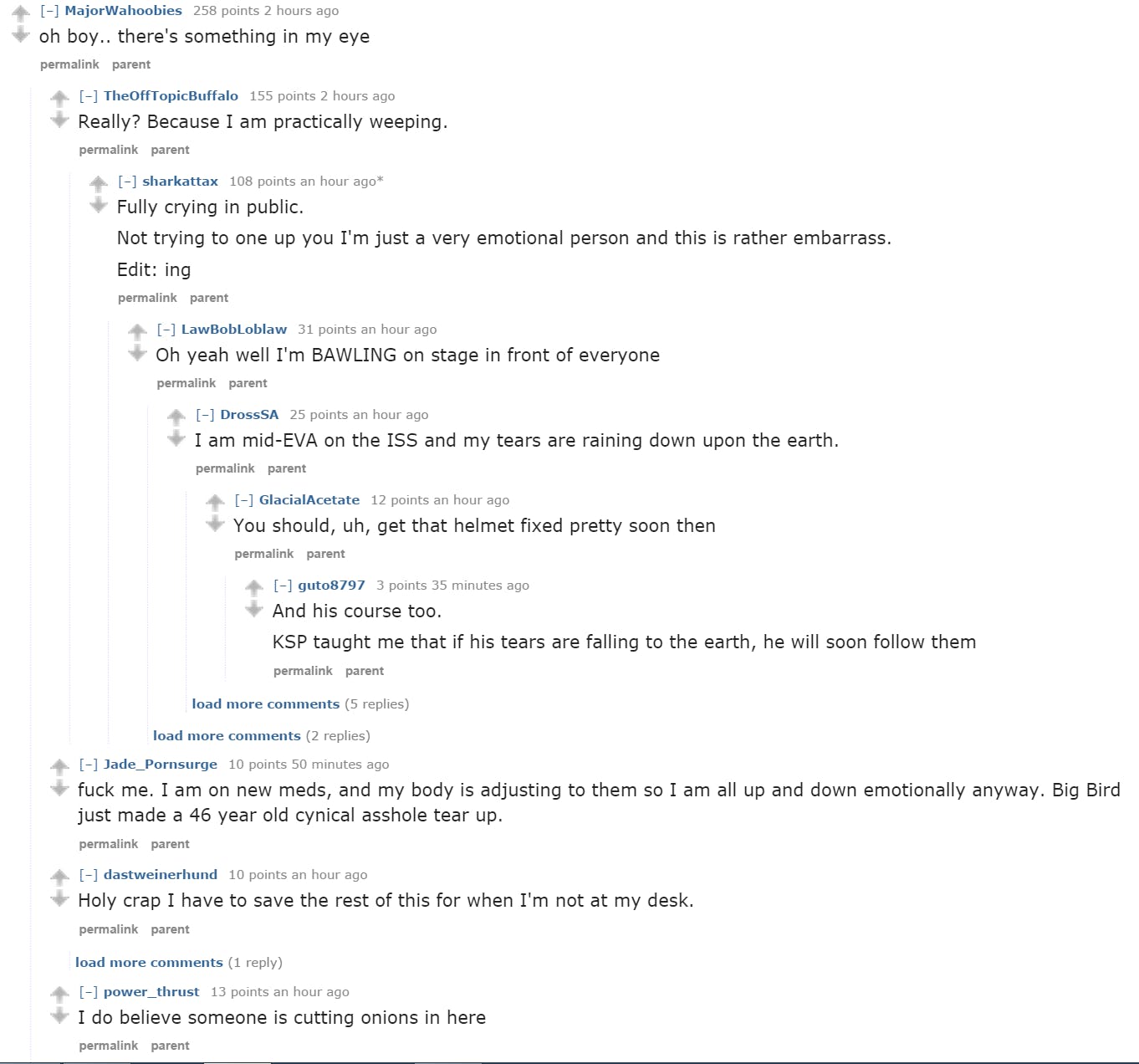 Now if you’ll excuse us, an ugly cry session is definitely in order.