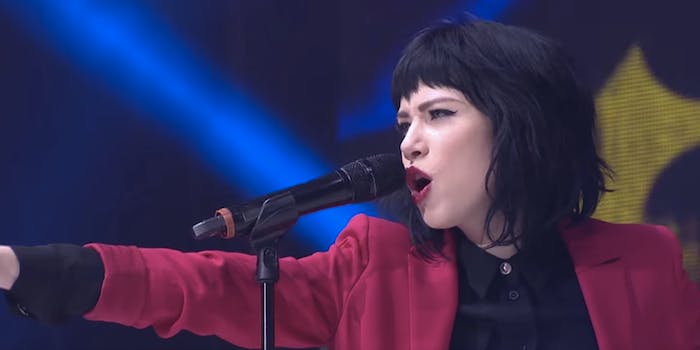 The Carly Rae canon could score all our most important shows.

Whatever happened to predictability?

Netflix is mixing nostalgia with modern pop by having Carly Rae Jepsen and Butch Walker rewrite the theme song for Fuller House, which will look at the future of the Tanner family after the original Full House went off the air in the ’90s.

Butch Walker and I re-did the theme song for @FullerHouse together and I can't wait for you to hear it! Check it out on Netflix Feb. 26th!!

For those of you who need a refresher, the classic Full House theme song is unmistakable.

To find out what Jepsen did to the tune, fans will likely have to wait until Feb. 26. However, why even have Jepsen rewrite classic theme songs, when her own songs are perfect enough to be the new themes of a ton of shows?

“It’s way too soon, I know this isn’t love,” should be the actual tagline of The Bachelor. The song also discusses oversharing and having to woo someone by proving you like them the best. You could also logically keep the music video as the opening credits, because who doesn’t want Tom Hanks in their opening credits?

You just met the guy and you want him to call you? Sounds like the roller coaster of love one finds on The Bachelorette. The song admits the premise is crazy, what with the concept of missing a person before you even met them. This plays to the fact that the contestants are often plucked from previous seasons—someone could feel like they know and miss someone before even meeting them.

3) Song: “Tonight I’m Getting Over You” | Show: Bachelor Pad

Bachelor Pad was a second chance at finding love for previous loose-end contestants, which resulted in a lot of relationship swapping and heartbreak. You couldn’t be sure you’d be in love with the same person week to week. Perfect for an anthem about moving on, and doing so quickly.

Contestants on Bachelor in Paradise are at a remote location, so they’ve already “run away” from the pressures of the real world to find true love. Then, when they find someone they want to stay with, the safer bet would be to “run away” and avoid the game, where hearts can be broken and emotions can be shifted. A true anthem that encapsulates how to really win at Bachelor in Paradise.