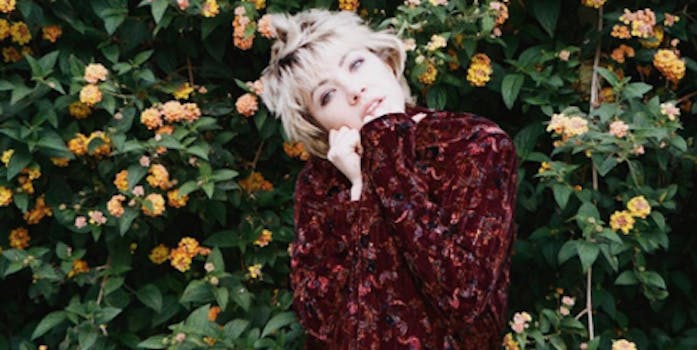 The glittery, anthemic pop song will appear on the soundtrack for animated film 'Leap!'

Carly Rae Jepsen has always been a fighter. After 2012’s viral hit “Call Me Maybe” landed her in dreaded “one-hit wonder” territory, the Canadian pop star won back the good graces of music critics with 2015’s retro-pop manifesto Emotion, and its follow-up EP of previously unreleased tracks, 2016’s Emotion: Side B . Now she’s determined to maintain her winning streak with new single, “Cut to the Feeling,” which drops just in time to enter the much-anticipated “song of the summer” battle.

The track bears all the hallmarks that earned Emotion such a passionate cult following: glittery synthesizers, massive electronic drum beats, and lush vocal harmonies that recall the finest ‘80s new wave. Jepsen’s voice soars to anthemic heights on the chorus: “I wanna cut through the clouds, break the ceiling / I wanna dance on the roof, you and me alone / I wanna cut to the feeling, oh yeah.”

Jepsen wrote “Cut to the Feeling” during the Emotion sessions, Rolling Stone reports. The song will appear on the soundtrack for animated film Leap!, which comes out Aug. 30.