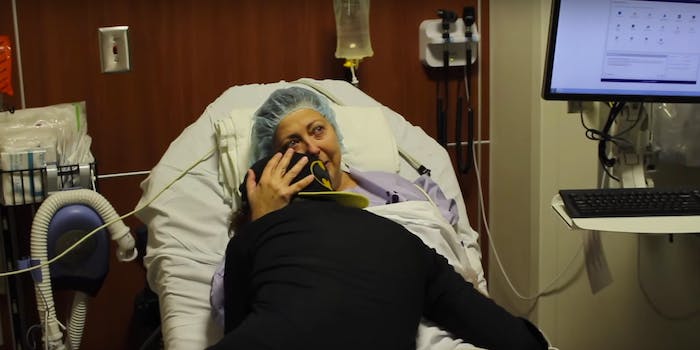 YouTuber Carl James surprised his mom in the hospital before her kidney transplant, and his video about it will make you cry.

Some backstory: James’ mother has been fighting a disease for 10 years, and recently got the good news that she could get the kidney transplant she needed. But since James’ family lives in the U.S. and he’s more than 4,000 miles away in Germany, he hadn’t planned on seeing his mother before her big day.

Then, at the last minute, “with the help of some amazing family friends,” James was able to fly out in time to surprise his mom at the hospital an hour before her operation. He brought a camera with him.

Make sure you watch until the end, too, because he gets to surprise his sister the same way later on in the day.