A clever meme casts big, friendly manatees as the therapists of the sea (and the Internet).

The average manatee weighs around 1,200 pounds, measures up to 13 feet, and swims between three and five miles per hour. But it’s a little-known fact that the docile mammals can also dish out poignant advice about life.

Let’s introduce to your favorite meme: Calming Manatee. The single-serve site juxtaposes Creative Commons-licensed pictures of manatees with encouraging phrases. Who knew that sea cows were so large and so thoughtful?

You’ll find out that It doesn’t take a lot to earn the admiration of a manatee. They will always be there for you, ready to calm you down during a life emergency. The manatees will agree with that your so-called “friends” are the worst, remind you that you can always say “no,”’ and when the going gets tough, tomorrow will always be a new day. 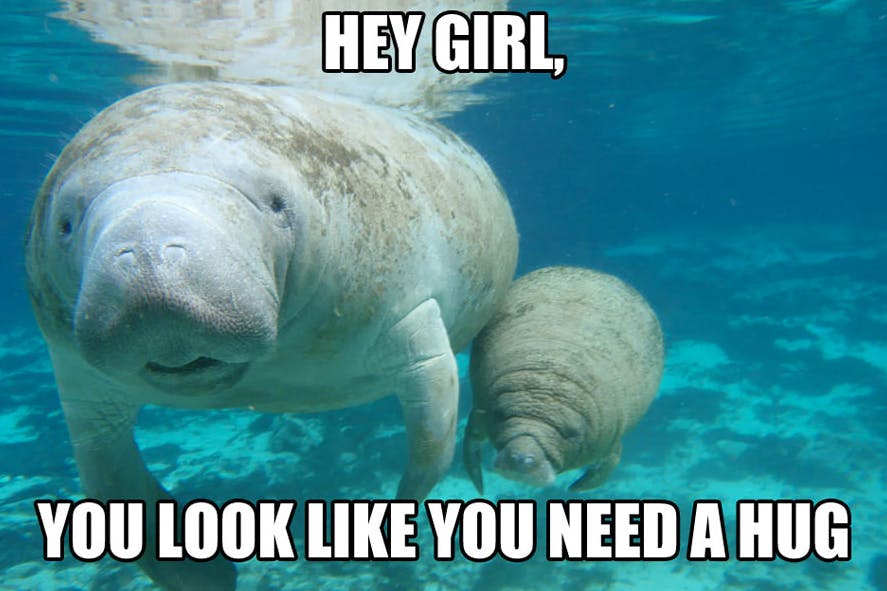 The site was created by Kurt Elster, the creative director for a Chicago-based web design company. He told the Daily Dot that the website has reached nearly 6 million people since it launched in April. 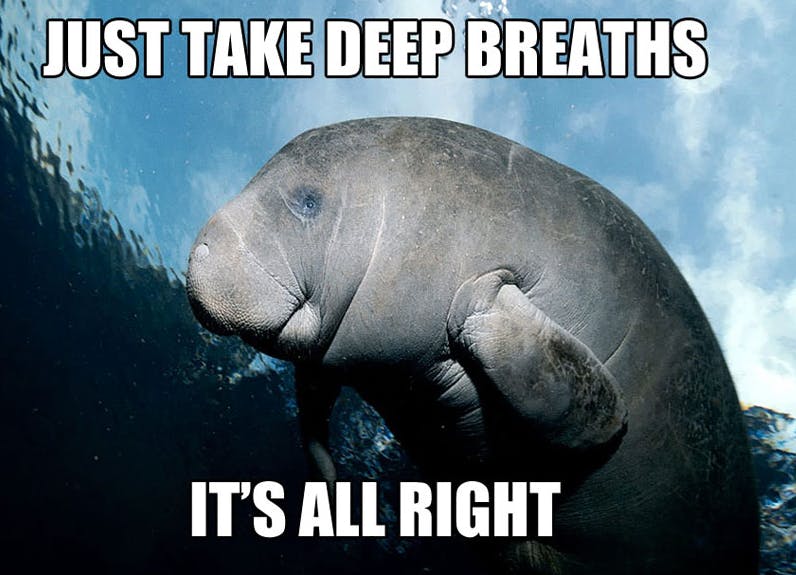 “I don’t think it’s so much funny as different,” said Elster. “The LOLcat style presentation is incongruous with the message. Manatees are known for their gentle demeanor as ‘sea cows,’ we took that idea one step further and made them marine therapists.”

He said the reaction has been “positive and overwhelming,” much like the manatees’ encouraging messages.