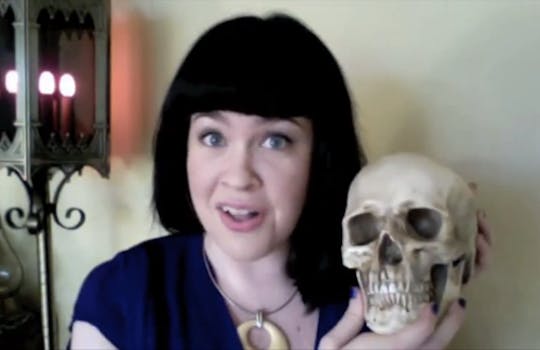 Rest in peace thanks to new series, Ask a Mortician

Caitlin Doughty's popular new YouTube series, Ask a Mortician, tackles questions about the afterlife, one video at a time.

In our youth-obsessed culture, however, it’s not something we talk about in polite company.

Caitlin Doughty is out to change that. The friendly, enthusiastic mortician aims to “get people talking and asking questions about death” with her new YouTube video series, Ask a Mortician.

Rigor mortis seems less morbid when Doughty calmly and cheerfully explains it. In her first video, she disarmingly answers two viewers’ questions about the stiffening of the body after death and cremation preparations. She will not be wanting for new material any time soon.

“I’ve gotten literally hundreds of questions so far, everything from very moving questions about suicide to someone asking if you can make jewelry with arteries and tendons,” Doughty said.

Now, Doughty has more than 1200 subscribers. Though she’s been posting on her macabre blog, The Order of the Good Death, since January, this video is her most popular project yet. She told the Daily Dot in an email that she is shocked by the positive reception.

“I love talking about death, of course, but I thought there would be more resistance to being so public about it,” she said.

While the Los Angeles-based mortician has plenty of experience preparing corpses for burial, this was her first time preparing a video project for publication.

“I had to learn how to use video, edit, sound, everything from scratch,” Doughty said. “I’ve recorded the second video and am editing it right now. It should be out this week.”

In a blog post, “Is this Real Life? (Death Edition),” Doughty said she’s excited to have gotten so many people talking, but she told us she knows “the death revolution” isn’t going to happen all at once.

“I’ve always known that this was going to be a slow, steady process,” she said. “Anywhere I can pick up one or two more people interested in death, it’s been a good day.”