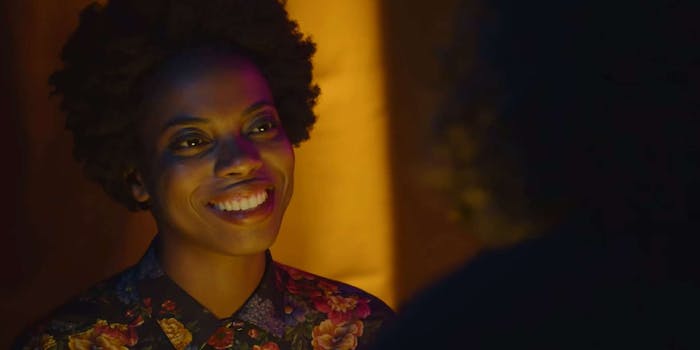 Boozing with besties, one speed-date at a time

You likely know Sasheer Zamata (Saturday Night Live) and Nicole Byer (GirlCode) from their hilarious stunts on TV. The talented twosome also happen to be real-life friends, and not long before Zamata was cast on SNL, they created a terrific webseries about friendship, sexiness, and all the hardships of “getting some” while living in New York City.

Lucky for us, Above Average has produced a second season of the series and the premiere debuted on Tuesday. The episode features Byer and Zamata navigating the totally exhausting world of speed-dating. Zamata serves up skeptical side-eye as she entertains less-than-stellar suitors, while Byer only has eyes for her one true love—other people’s glasses of red wine.

Want more sexiness? The hilarious first season is also available on YouTube and it’s well worth a binge.