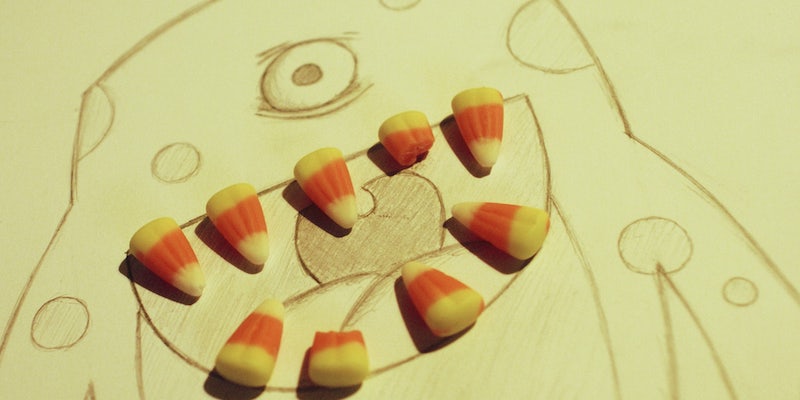 BuzzFeed Minus GIFs is Tumblr poetry

You can take the GIFs out of a BuzzFeed post, but you can't stop someone from making a whole Tumblr about it.

BuzzFeed has created a very specific style of reporting: the GIF post. A sentence or two sets up the GIF, but the images ultimately lead the reader through the post. And often, the post is about something so specific and niche (“11 Duckface Photos Fixed by Adding Spaghetti”) that words aren’t even really needed.

Yesterday, Cody Johnston, a writer for Cracked, tweeted out a link to a Tumblr called BuzzFeed Articles Without the GIFs, for “fans of fourth grade writing assignments.”

Made a new blog for fans of fourth grade writing assignments: https://t.co/fF3IbsnqvJ

Yes, BuzzFeed’s style of GIF-tainment and listicle-ization has been criticized for lowering journalistic standards, but it’s also created a style that is distinctly BuzzFeed’s, which other news outlets are now attempting to emulate. Even the Tea Party is biting their style. So this Tumblr experiment is especially interesting. What’s left is bizarre, out-of-context Internet poetry that reads a bit like a Wikipedia entry.

Sample this stanza from the post “8 Reasons Candy Corn Is the Worst”:

“It’s neither candy nor corn. Well, it might technically be a candy and includes corn syrup as an ingredient, but honestly, it just doesn’t count. Candy corn leaves kids feeling sad and unfulfilled. Wax is an actual ingredient in candy corn. The other ingredients are sugar, corn syrup, salt, egg whites and colorings. When trick or treating, it is almost always distributed in a homemade bag. Oreo couldn’t even make candy corn work. If you hand out candy corn on Halloween, you will be lame. You will end up with a lot of leftover wax-candy.”

And this post, titled “The First Episode of the Mighty Morphin’ Power Rangers Aired 20 Years Ago Today”:

“The first episode of Mighty Morphin’ Power Rangers aired on Aug. 28, 1993. The show averaged 4.8 million daily viewers in its first season, according to Nielsen ratings. “When it premiered 20 years ago, it went on to redefine what was possible in a kids’ show in terms of ratings, global appeal and pop-cultural relevance,” Elie Dekel, the president of Saban Brands, told Time magazine. There have been more than 800 Power Rangers episodes and 18 different series. Good job, Power Rangers, for making it this long.”

Johnston’s not really hiding his distaste for BuzzFeed’s declarative, hyperbolic writing style. On Cracked’s blog last month, he posted “22 Stories We Can’t Believe BuzzFeed Hasn’t Written Yet,” including “Verbatim, a Reddit AMA From Earlier Today” and “25 Reasons the Best Thing is Good.” For what it’s worth, Johnston’s Tumblr seems to be resonating.