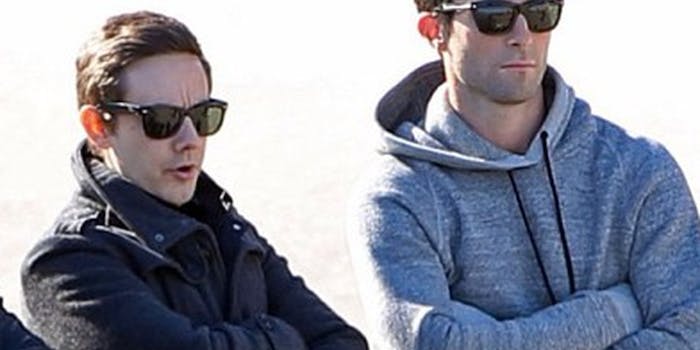 Andy Samberg and Taylor Swift had quite the weekend.

On YouTube
Andy Samberg and his Lonely Island crew returned to Saturday Night Live this weekend to present us a wonderful new song. Along with host Adam Levine and musical guest Kendrick Lamar, the power group presented “YOLO,” a clever song mocking the beloved Internet catchphrase.

On Twitter
In case you were wondering, Taylor Swift had a better weekend than you. Confirming to fans that she’s totally fine post-breakup, she spent the weekend in Paris with her apparent BFF Hailee Steinfeld using a Jetsetter voucher before it expired. She also saw the “most perfect carousel.” 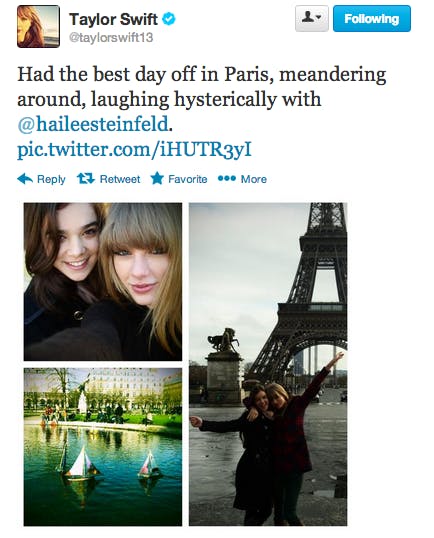 On SoundCloud
So The Strokes have an jaunty new song, called “One Way Trigger.” Released on Friday, fans were conflicted on what they thought about the band’s sound. One commenter on SoundCloud wrote “bummer town USA” while another rebutted “Beautiful.”