American Idol and "Gangnam Style." What more could you want?

On Twitter
Attempted rapper Nicki Minaj announced on Twitter early Sunday that she, like country crooner Keith Urban, is joining the panel of judges on American Idol. 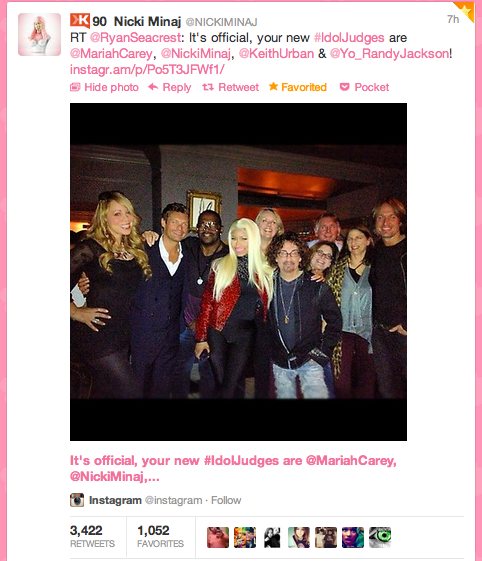 On Facebook
Psy’s 15 minutes of fame probably hit its pinnacle this weekend at the “Gangnam Style” singer made a surprise cameo on Saturday Night Live. He appeared in an awkward skit in a hat store where he busted through the wall and did his jig.

A photo still from the skit posted on SNL’s Facebook page racked up more than 24,000 likes and 1,300 shares. The amount of likes, comments, and buzz the photo garnered indicated to us that Psy might be ushering in a new era of K-pop here to America. 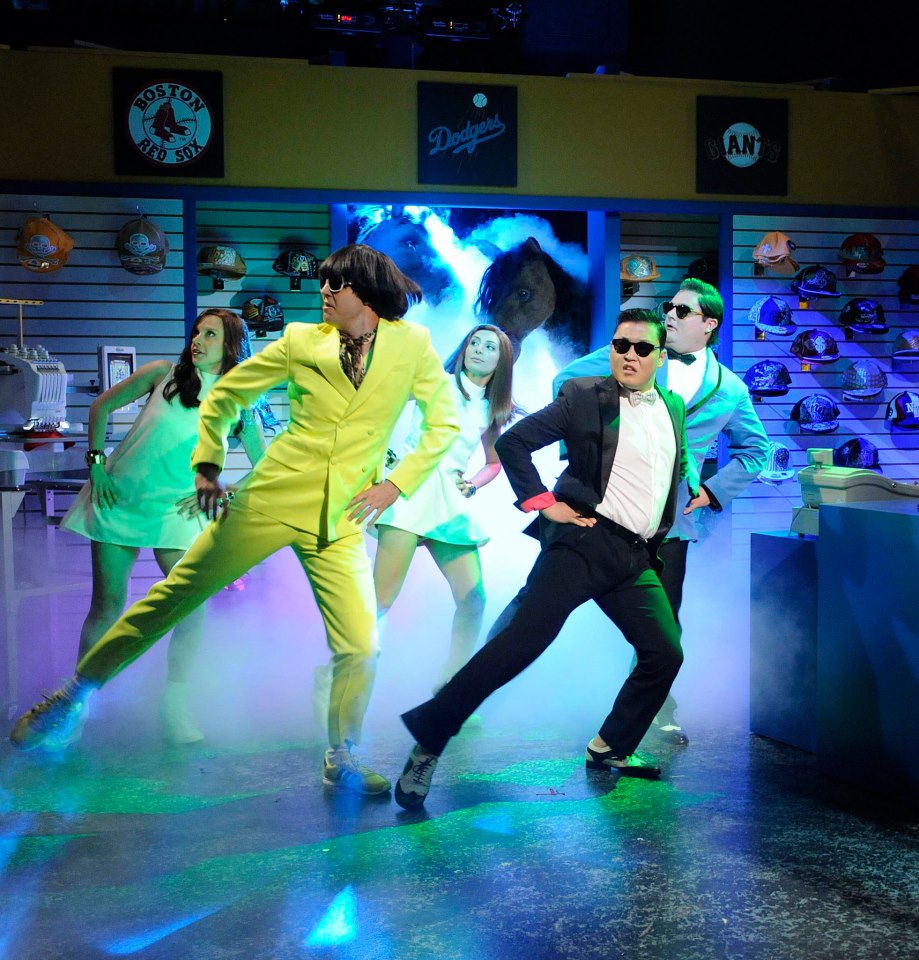 On YouTube
Electronic dance music fans are really depressed about the news of Swedish House Mafia calling it quits soon, and their new video doesn’t make the healing any better. Titled “Don’t You Worry,” the video has racked up 2 million views in three days.

Filmed in the United Kingdom, the six-minute video features a lot of slow motion b-roll of the band walking, fans cheering, and just a lot of sad faces. The crew’s last tour dates are set to be announced Monday.