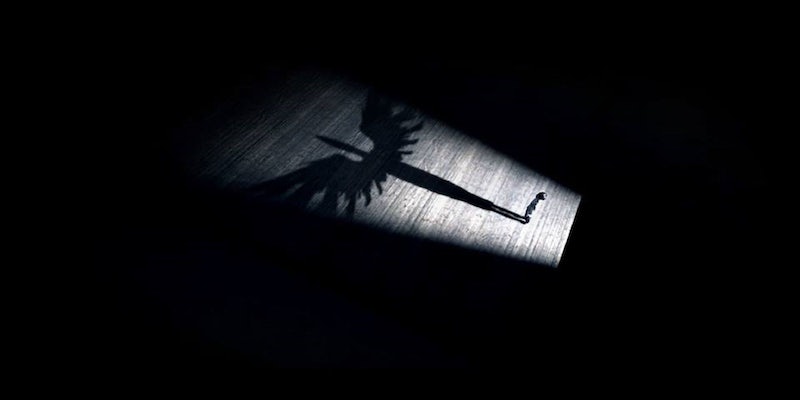 Without warning, boy band BTS published the first in its round of Wings short films on Monday. Each member of the group is releasing individual videos preceding the release of their upcoming sophomore album.

The mini films focus on one member at a time, putting them in eerily lonely settings. Short vocal cuts of that specific member play in the background, teasing potential new music or supporting the cryptic but brazen symbolism. The artistic film style is reminiscent of Exo’s member-specific Pathcode teasers for the group’s 2015 album Exodus.

The seven-member group just wrapped up promo for The Most Beautiful Moment in Life in August, the album trilogy that included hits like “I Need U,” “Run,” and “Fire.” The saga’s storyline focused on the happiness and sadness of youth, assigning a character to each member with dark struggles of their own. The new Wings videos appear to reference the original trilogy.

It’s unclear as to when BTS will release the Wings album, but in the meantime, perhaps you can join the ranks of fan detectives to try and figure out the mysterious messages and symbolism behind the boys’ Wings videos.

In the first Wings short film installment, titled “Begin,” the youngest member Jungkook suffers from nightmares of fires and car crashes. The voice of BTS’s leader Rap Monster introduces the film by reading an excerpt from Hermann Hesse’s novel Demian, a literary piece about youth and self-realization.

The video is riddled with symbols of birds, which some fans have interpreted to mean rebirth. Member Suga seems to appear in the video as well in the form of artwork, which highlights the relationship Suga and Jungkook’s characters had in The Most Beautiful Moment in Life.

The second short film focuses on Jimin, who seems to reside in some sort of institution under constant surveillance. The leader returns with another English narration from Demian, this time talking about “my parents’ house.” Jimin is sporadically presented with cards of vague ink blots that correlate to the inkblots seen at the end of each film.

The release of V’s short film “Stigma” on Wednesday breaks the mold that the previous two have set. Unlike in Jungkook and Jimin’s videos, V is shown in more than one setting, with more than one person. The officer apprehends V for vandalism and questions him at the station, asking him for his name and age and eventually about his parents. V responds, “I don’t have anything like that.”

At that point, the film takes the opportunity to show some of V’s character’s backstory, revolving around an alcoholic and abusive father. Departing from reading lips, V’s voice is actually heard in this film when he asks himself, “Why were you like that to me?” Then at the end, he requests, “Please give me a phone call,” which fans think may be in reference to whoever V called at the beginning of the prologue video.

Aside from the rampant symbolism, one more reason that “Stigma” has sent fans further into frenzy is because of the cameos from even earlier music videos—namely “Danger” and “No More Dream,” the latter of which is BTS’s 2013 debut song.

While practically the entire fandom expected Thursday’s Wings reveal to star the eldest member, Jin, it instead focused on rapper Suga. The video goes back to the original’s theme of loneliness, placing Suga at a piano in the middle of a music shop. He breaks in and starts playing a tune that vaguely resembles the whistling from Jungkook’s “Begin.” Mysteriously the whistling resumes in the background.

The rapper desperately searches for the anonymous whistler, and as he’s stumbling down the road, a car just misses him as it races by. The camera faces Suga head on at 1:46, with the sound of a crash following, making it look like he was about to get hit. At that same time stamp in the first short film, Jungkook calls out, “Hyung,” the Korean term for “older brother” between males. Suga runs toward the crash just in time to see the piano ablaze, showing the same vision from Jungkook’s dream.

Following the themes from Demian, fans speculate that the whistling originated from Jimin, especially because Suga’s end inkblot symbol fuses with Jimin’s and not Jungkook’s.

Friday’s “Reflection” thus far incorporates the most references from BTS’s other videos.

After Rap Monster’s narration, the train car from “Run” is the first image to appear, then it transitions to Rap Monster analyzing a picture of the bird from Jungkook’s “Begin” video. Just like in “Danger,” the leader tattoos the picture on his arm after the same, solo-flying bird from 1:56 of “Begin” darts across the red sky.

He burns the photo (similar to how Jimin burns something in “I Need U”) and falls to the ground, colors spreading over his arms and a dead phone line blaring in the background. When the phone starts to ring at 2:02—supposedly from V—Rap Monster runs toward it, revealing the chained phone booth from “Stigma.” He can’t answer it, and as the camera pans out, the word “Liar” is written on the glass in an accusing red color.

At 1:50 the camera focuses on a tattoo on his other arm, “B0612+RMS,” which translates to the group’s name (BTS), debut date (0612, or June 12), and his stage name (Rap Monster). Since Rap Monster is the leader of the group, it’s speculated that “Reflection” is representative of that. It’s suggested that his failure to help V—who he is seen with most in “Run” and “I Need U”—is a result of spreading himself too thin, worrying about the other members and reflecting on their sins and struggles.

Member J-Hope is the star of Saturday’s Wings short film, and explicitly accentuates Eva’s role as a motherly figure in Demian. It’s apparent by the chocolate J-Hope eats, the way her name is repeatedly written across J-Hope’s inkblot, and how it’s signed in the corner of the same illustration of a mother holding her son that flashed in V’s eyes at 1:44 of “Stigma.” In addition to J-Hope’s known affiliation with Jimin’s character, “Mama” drops a lot of hints toward his connection with V’s character as well.

J-Hope is in solitary confinement in a mental institution—likely the same one as Jimin featuring bright white setting and identical blue painting of the forest in “Lie.” The relationship with Jimin’s character is preserved from the way he’s holding handfuls of feathers at the same timestamp Jimin swings his pillow in his own film. The reveal of J-Hope’s inkblot makes it apparent that he’s the one Jimin reaches for when he sees the symbol at 1:01 of “Lie.” And, finally, the squarish shadow casted on the wall when Jimin admires the painting in “Lie” appears to be from the box J-Hope was confined to.

After taking one of the pills that spill into J-Hope’s cell, an image of the garage door V vandalized in “Stigma” flashes in J-Hope’s eye, revealing any affiliation he has with V. The scene drastically changes to a black-lit room with neon green and orange paint smeared on the walls. J-Hope’s hands become stained with it, and he expresses fear and disgust as he examines them, similar to how V did to his blood-stained hands in “I Need U.” J-Hope’s inkblot fuses with V’s at the end, solidifying the parallels between their two characters.

After a 24-hour delay, BTS released the seventh short film teaser Monday, starring the eldest member Jin and completing the series of member-specific teasers. The film has yet to be released on YouTube, but was instead published to the V Live site.

“Awake” points out multiple, blatant references to “I Need U,” consequently resurfacing old theories. Among the references are Jin’s white shirt, polaroid camera, the bedroom he enters, and most importantly, the six white lily petals that he sets on the ground and burns.

One of the most popular fan theories from The Most Beautiful Moment in Life era is that Jin is the only member of the seven who lives. The other six have died in one way or another, their presence in the videos simply memories. Either that or the other six members never existed at all and were merely figments of Jin’s imagination.

The “Awake” video supports either one of those arguments, especially with the final inkblot reveal. Before showing Jin’s symbol, there’s a mitosis-like animation that shows the other inkblots originated from one—Jin’s. Elements from everyone’s videos appear in Jin’s film, such as Jungkook’s painting and Namjoon’s chained booth. (This time it’s an armoire.) At the very end, the camera travels back to where Jin burned the petals, revealing six polaroid photos, one for each member. From left to right, there’s a photo of the mirror, the mother holding her child, the apple, the piano, the bird, and the scratches on the door.

Although Jin is the last member to be revealed, there’s speculation that there will be an eighth video, since there are eight chapters in Hesse’s Demian. Thus far each video has correlated to the respective chapter in the novel.

With death as a heavily underlying theme in The Most Beautiful Moment in Life, fan theories are everywhere. The release of the Wings short films seems to invite the same speculation, further perpetuating the vague story.

Many fans assumed the chapters of The Most Beautiful Moment in Life were officially closed, and that the group would begin a new era. However the Wings videos seem to deny such a claim, instead suggesting there are chapters yet to be revealed with blatant references to BTS’s previous videos—especially “I Need U” and “Run.”

Check out the videos from The Most Beautiful Moment in Life and see the parallels for yourself.

This post will be updated to include the new daily videos from each band member.