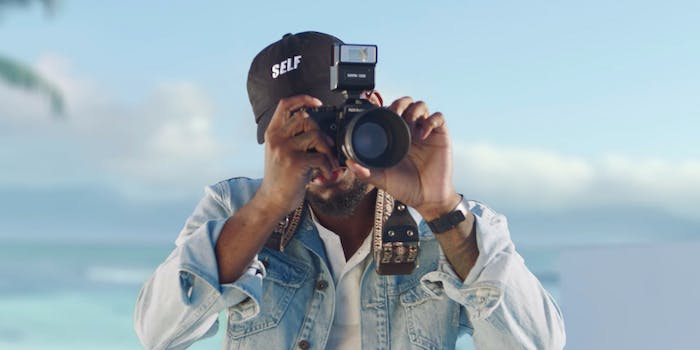 'True To Self' is streaming on Apple Music and Spotify now.

Rapper Bryson Tiller must have been feeling generous Thursday night, when he released his sophomore album, True To Self, one month before its scheduled release date.

Tiller previously released three tracks–“Honey,” “Get Mine” featuring Young Thug, and “Somethin Tells Me”–but only the latter made it only to the final album, which boasts 19 tracks.

i know we said June 23rd… but i say we Set it Off Tonight!! ALBUM OUT NOW @AppleMusic https://t.co/ATyCIQ5Oph

No one seems particularly upset about the early gift from Tiller. Fellow rappers, friends, and fans on Twitter congratulated Tiller throughout the night and the next morning. Even Apple Music tweeted him a couple fire emoji.

Oh. Shit. This is about to be super dope ✔️

The album is streaming on both Apple Music and Spotify. If you preordered the album on Apple, however, you might experience some technical difficulties. Make sure to delete the pre-release from your library and add it again, according to users on Twitter.

For some reason it does that if you already have it. Click on track 18 and then hit the next button. Apple Music is iffy sometimes

On top of the album release, Tiller also put out a new video for “Somethin Tells Me.”

The album is the follow-up to his debut Trapsoul, which landed on a number of “Best of 2015” lists, including lists curated by Rap Radar, Complex, and Fader.