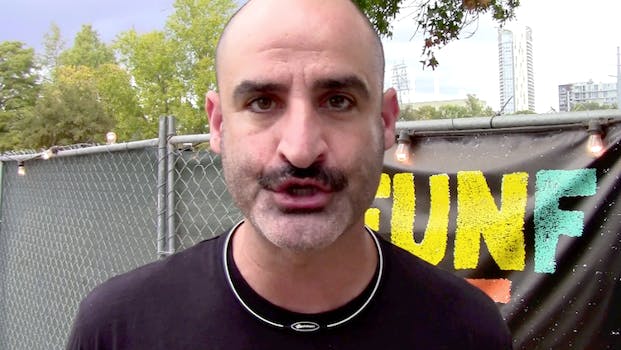 There’s a thin line between keeping it real and being an asshole.

As a stand-up comedian and prolific tweeter, Brody Stevens thrives in this realm. Known as a comic’s comic, the TMZ host and former warm-up for Chelsea Lately has tackled everything from police arrests to the talent agency Creative Arts Agency in 140 characters or less, leading at least one publication to wonder if he’s “losing it.”

With blunt honesty and dead-pan delivery, Brody’s Twitter feed, which boasts 15,000-plus followers, offers a constant, personal narrative of his quest for “positive energy.” Backstage at Fun Fun Fun Fest last weekend in Austin, TX, Brody talked about drugs, TMZ, and his lack of Twitter regrets. For more, check out his podcast, The Brody Stevens Experiment.