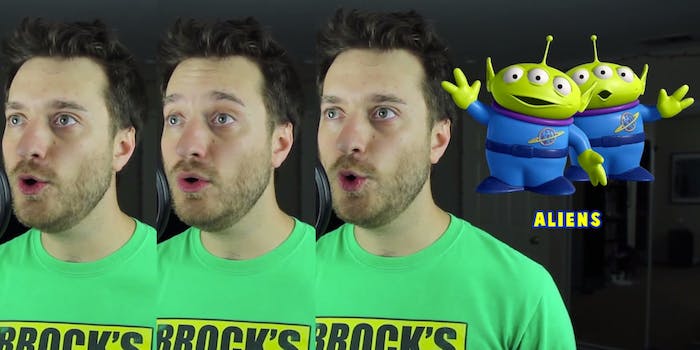 To infinity and beyond.

Plenty of people dream of one day appearing in a Pixar movie, but voice actor Brock Baker has managed to create his own Pixar universe in his home with only his voice.

He might not be replacing Harry Shearer on The Simpsons anytime soon, but he’s back to creating as many impressions as possible. This time, he’s taken on the Pixar universe, demonstrating that the characters in them are even more keen than we give them credit for.

Did Lightning McQueen know that Cars 2 was somewhat hokey? You bet he did. Merida knew better than to tell her dad that she turned her mom into a bear. And Buzz knows he’s going off-book. That’s the kind of space man he is.