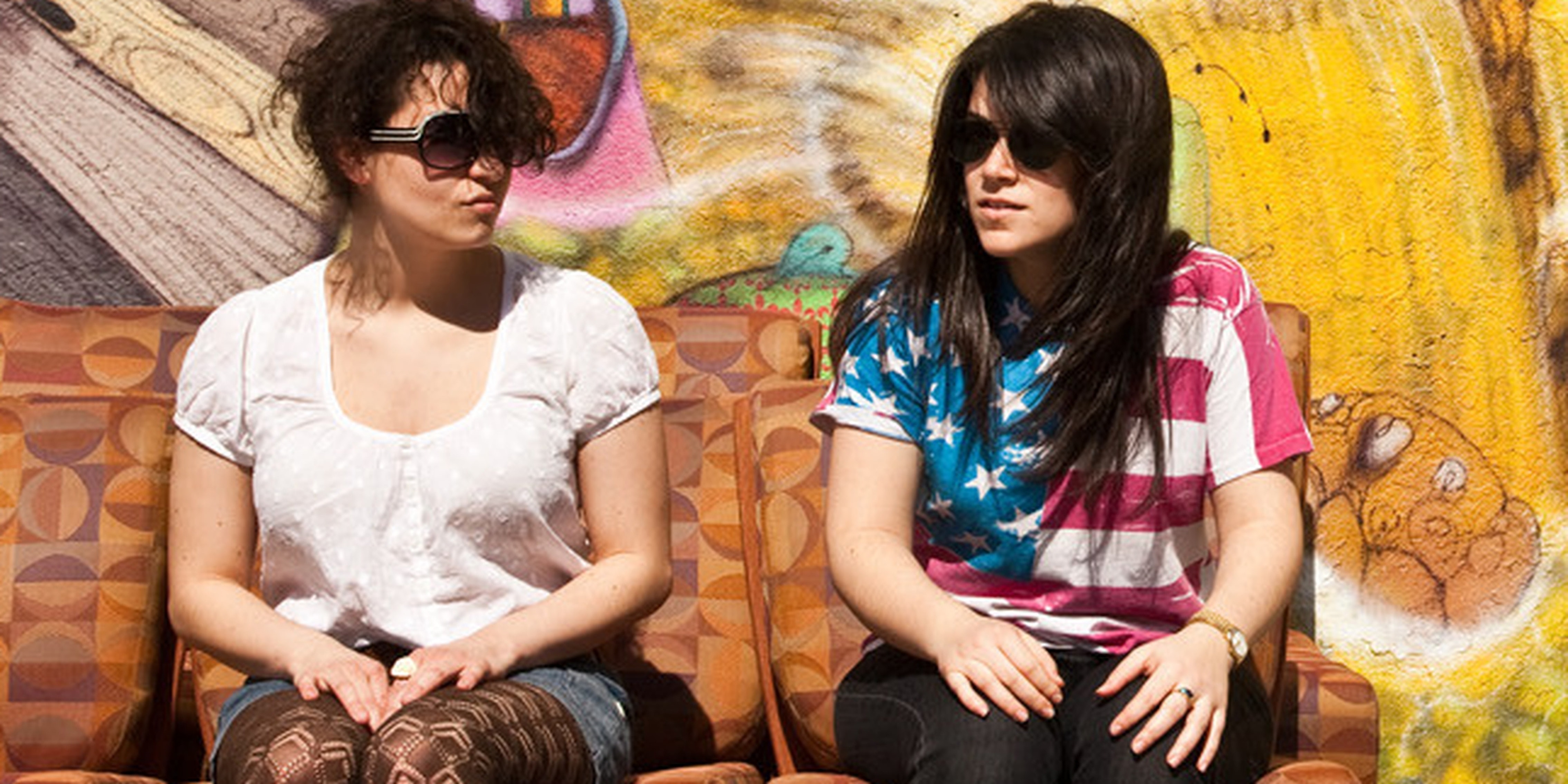 From YouTube to Comedy Central, ‘Broad City’ keeps it awkward

It's Rhoda meets Curb Your Enthusiasm in Brooklyn.

Before Girls, there was the YouTube series Broad City, starring Ilana Glazer and Abbi Jacobson as two friends in their 20s attempting to navigate New York City and just barely making it. They’re Upright Citizens Brigade Theatre alums, so the awkwardness of their interactions feels a little more real and spontaneous. “Making it” informs every episode’s narrative.

The first two seasons of the webseries, which started in 2009, focused on the millennial trinity of weed, underemployment, and dating, but the personalities of real-life best friends Glazer (the wild one) and Jacobson (the responsible one) fueled some of the series’ more endearing storylines about friendship, mirroring the bonded relationships of Laverne & Shirley or Rhoda, channeled through the nihilism of Curb Your Enthusiasm.

There were also nods to pop culture, like the season one finale tribute to Do the Right Thing, and the love letter to New York City at the end of season two, which featured fellow UCB album Amy Poehler.

Poehler is now the executive producer of the show, which premieres on Comedy Central Jan. 22. Broad City was initially created for FX, but after they passed, Poehler brought the show to Brooke Posch, Comedy Central’s East Coast VP of original programming and development, and they picked up the series last spring.

The show’s a nice change of pace within Comedy Central’s male-heavy lineup, which currently includes Workaholics, Kroll Show, and Key & Peele. The pilot episode, available on Hulu before the premiere, follows Jacobson and Glazer as they attempt to collect money for a super-secret Lil Wayne concert, and are felled at every turn by oversharing bosses (Chris Gethard), Craigslisters with weird fetishes (Fred Armisen), and sensitive boyfriends (Hannibal Buress).

Broad City joins the growing circle of comedy shows relating those experiences: New Girl, Veep, The Mindy Project, Girls, Comedy Central’s Inside Amy Schumer, and Poehler’s own Parks & Recreation. But whereas a show like Girls tends to overanalyze the 20-something experience, Jacobson and Glazer are just trying to get from point A to point B.

Each episode tells a day-in-the-life story of two women trying to pushing a boulder up a hill—trying to make it—and much of the comedy’s absurdity and indignity comes from that Sisyphean momentum. There’s also the observational aspect. This clip from season 1 of the webseries shows how literally observing (and judging) people can lead to a perfect punchline.

Having Poehler conavigate will help shape the image and brand and, via her cache, get more eyes on it. Transitioning from five-minute segments to a 10-episode, 20-minute sitcom meant creating deeper narratives and giving them a supporting cast. The first couple episodes are a work in progress, but Broad City always felt like a more realistic representation of “making it” in the Internet Age. They Skype; they text; they reference Netflix binges and have a hyper-awareness of the other’s activities.

Towards the end of the first episode, having been scammed and humiliated by a man-child (Armisen) who asked them to clean his apartment in their underwear for money, the two friends sit on a stoop, wearing stolen coats and downing swiped bottles of booze. They take inventory of the day’s failures, but they still have each other.

“I believe in us,” Jacobson slurs.

It makes you want to root for them.