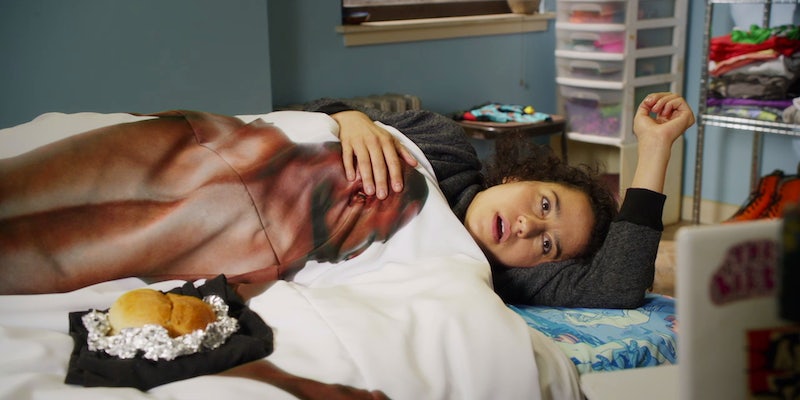 This Yom Kippur, there's only one thing on their minds, and it's not their sins.

Broad City’s Abbi Jacobson and Ilana Glazer are supposed to be atoning for their sins, but they’re spending Yom Kippur hungry and miserable.

With bacon, egg, and cheese sandwiches by their bedside to consume the moment the sun sets, Jacobson and Glazer are trying to keep each other’s minds off of food by listing everything they’ve done wrong over the past year. But their fasting only lasts for so long.

Their logic, while twisted, makes some sense. If they don’t eat, they’ll have to throw the sandwiches away—and then atone for wasting food. They might as well put it to good use. Right?