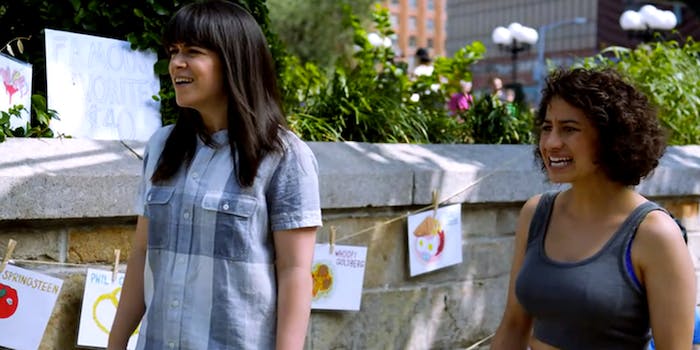 The ladies of Broad City have been keeping us appropriately stimulated for season two of the Comedy Central series with the Hack Into Broad City webseries. Now, finally, we have the first trailer.

There are plenty of awkward and amazing moments in this teaser, including a dressing room mirror exploration of Ilana’s untweezed nether regions, twerking, the consumption of “titty chips,” bong hits, Seth Rogen, and Abbi quoting a line from Pretty Woman.