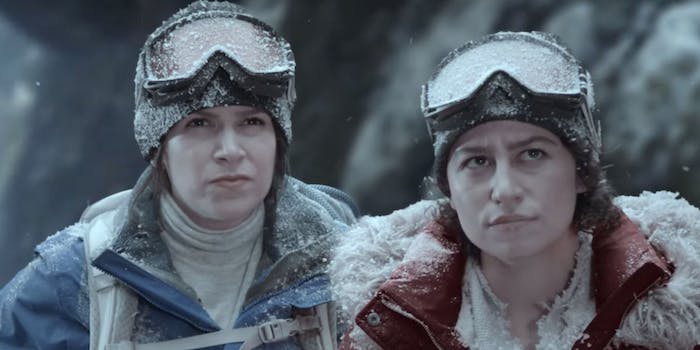 The ladies of ‘Broad City’ take on Tomb Raider

Stoners and geeks, rejoice. Abbi and Ilana are now in a video game.

The stars of Comedy Central’s Broad City partnered with Xbox for the release of Rise of the Tomb Raider, and were inserted into the role of Lara Croft. It’s an epic quest, one that requires courage, stamina, and strength.

But since this is Broad City, they eventually come back to the reality of New York City, which includes creepy dudes.