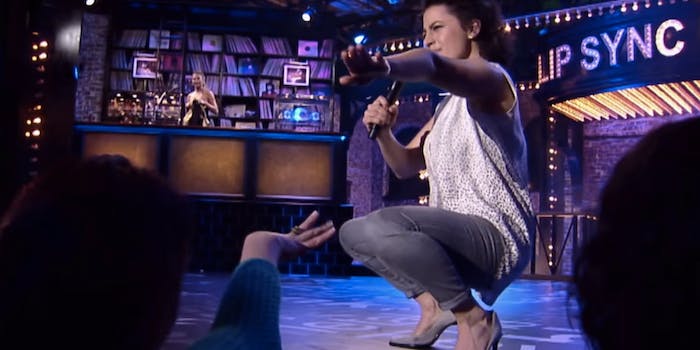 Ilana Glazer and Abbi Jacobson face off in one for the ages.

Usually Ilana Glazer and Abbi Jacobson are on the same team, but now they’re facing off in a lip-sync battle for the ages.

The Broad City stars each took their turn as classics, both modern and vintage, for their duel. Jacobson went full Dreamgirls, pulling out a stirring rendition of “And I Am Telling You I’m Not Going,” complete with a stunning golden gown.

Glazer went new-school classic, with Outkast‘s “Hey Ya.” No word yet if she’s going to pull out the literal Polaroid picture.

The battle airs Thursday on Spike.