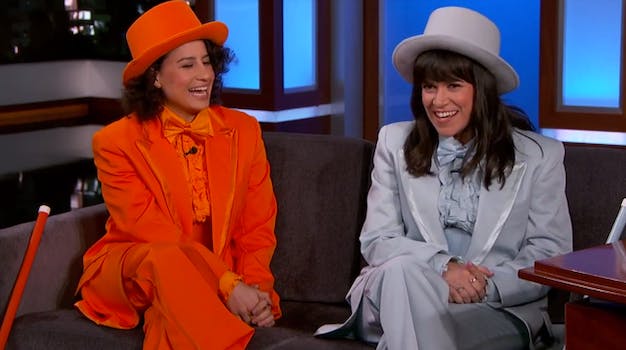 As if you needed another reason to love Abbi Jacobson and Ilana Glazer.

As if you needed more reasons to love Abbi Jacobson and Ilana Glazer, last night the ladies of Broad City appeared on Jimmy Kimmel Live dressed as Jim Carrey and Jeff Daniels from Dumb and Dumber.

Yes, of course they wore the tuxedos.

It was sort of an awkward interview—Kimmel says something about how their parents must be worried about them—but that was only heightened by their outfits. They also teased Wednesday’s episode and Jacobson’s extended nude scene. Get excited.

You should also watch this deleted scene from last week’s episode.